ROME (AP) — The 5-Star Movement, one of the two populist parties in Italy’s new government, distanced itself Sunday from anti-gay comments made by a minister from its right-wing coalition partner, saying issues like same-sex civil unions deliberately were kept off their common political agenda. 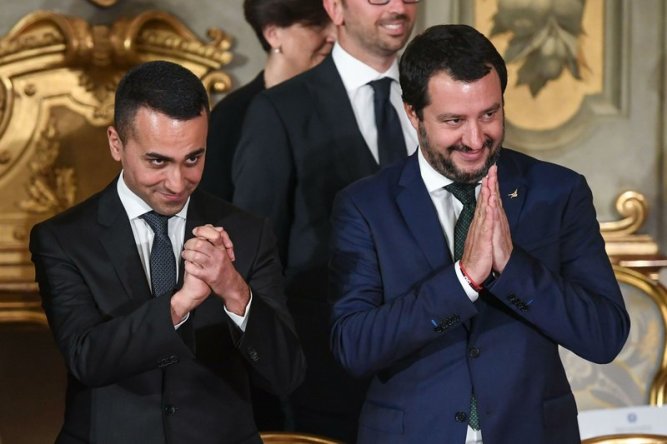 Fontana, who arrived for the Cabinet’s swearing-in ceremony carrying his baby daughter and accompanied by his wife, told reporters that “families are those natural ones, where a child must have a mom and a dad.”

He added that as a Catholic, he also would work to beef up offices which can “try to dissuade women from aborting.”