Suggested reading by the Muslim Times: Why the Muslim World Needs to Follow Pope Francis? 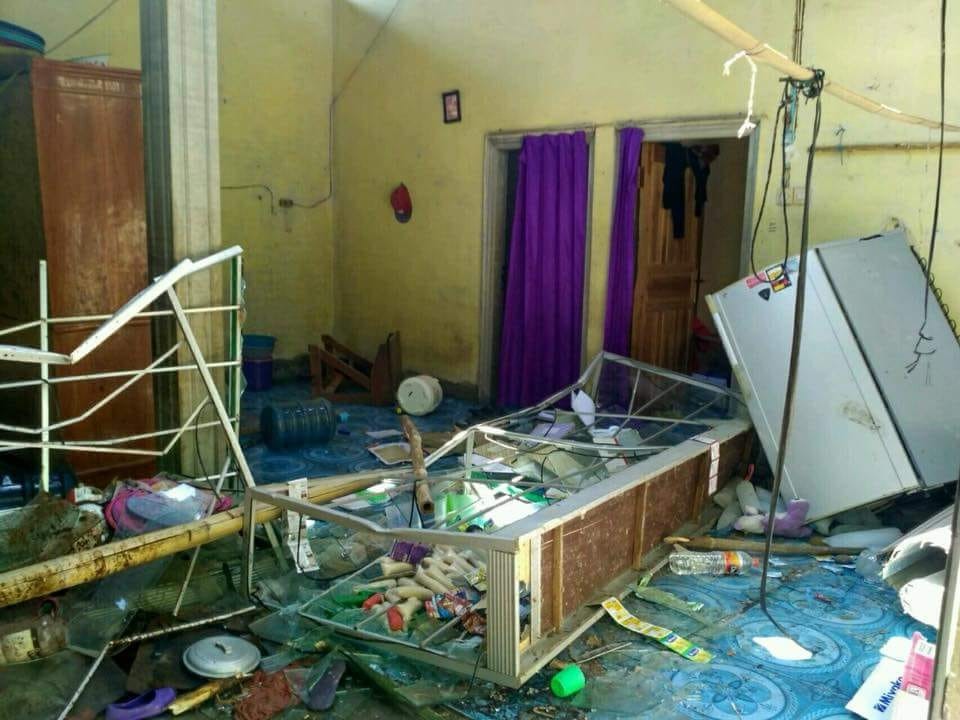 An unidentified group of people attacked the homes of seven Ahmadiyah families in East Lombok regency, West Nusa Tenggara, on May 19, 2018. (Courtesy of Ahmadi Community/-)

It was in the middle of the day on Saturday when an unidentified mob destroyed several houses and attempted to expel the Ahmadiyah community from Grepek Tanak Eat hamlet in Greneng village, West Nusa Tenggara (NTB).

“The police have yet to arrest the perpetrators. It’s the Ahmadi community who was taken to the police station instead – most of them are mothers and children,” Ahmadi community spokesman Saleh told The Jakarta Post on Sunday.

“Four motorcycles and a small shop had also been destroyed. People have left their farms. Some others [whose houses were not destroyed] fled and are staying with their relatives elsewhere,” he added.

Ahmadiyah Indonesia Congregation (JAI) secretary Yendra Budiana said the incident followed a series of previous attacks on the Ahmadi community in another residential area that took place in March this year and on May 9.

“The attacks were based on similar reasons: hatred and intolerance. We have yet to count the estimated material losses [from the recent attack] because it’s still too dangerous for us to visit the scene,” he told the Post.

“The Ahmadi community had reported the threats and attacks to the police, to which the police responded by organizing talks [between Ahmadis and non-Ahmadis],” he added.

Yendra demanded that the police ensured the safety of the Ahmadi community and that they took significant measures to punish the attackers.

He also called on the government and the provincial administration to give the Ahmadi community the freedom to observe their religion based on their beliefs.

“It’s not the first and definitely won’t be the last attack. It’s been years and the Ahmadi community continues to live under threats from their surroundings,” he said. (evi)