US spied on over 500 million domestic phone records in 2017, official report says 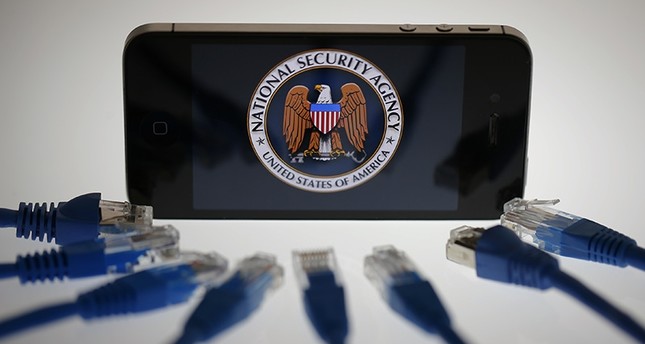 The National Security Agency (NSA) collected over 534 million U.S. phone records in 2017, according to a government report released late Friday.

The agency used its powers to seize metadata from domestic phone calls and text messages, the report from the Office of the Director of National Intelligence said.

The metadata did not reveal the contents of phone calls but did allow the NSA to spy on who people call, when and for how long, as well as the amount of characters used in text messages.

Metadata is supposed to be anonymous, however it can be used to identify individuals, as a Stanford lawyer found in 2013. This is done by pairing the metadata with publicly available social media information along with other sources.

The number of phone records obtained by the NSA last year was triple that accessed in 2016, Gizmodo reported.

The sharp increase from 151 million occurred during the second full year of a new surveillance system established at the spy agency after U.S. lawmakers passed a law in 2015 that sought to limit its ability to collect such records in bulk.

The spike in collection of call records coincided with an increase reported on Friday across other surveillance methods, raising questions from some privacy advocates who are concerned about potential government overreach and intrusion into the lives of U.S. citizens.

The 2017 call records tally remained far less than an estimated billions of records collected per day under the NSA’s old bulk surveillance system, which was exposed by former U.S. intelligence contractor Edward Snowden in 2013.

“The intelligence community’s transparency has yet to extend to explaining dramatic increases in their collection,” said Robyn Greene, policy counsel at the Washington-based Open Technology Institute that focuses on digital issues.

The government “has not altered the manner in which it uses its authority to obtain call detail records,” Timothy Barrett, a spokesman at the Office of the Director of National Intelligence, which released the annual report, said in a statement.

The NSA has found that a number of factors may influence the amount of records collected, Barrett said. These included the number of court-approved selection terms, which could be a phone number of someone who is potentially the subject of an investigation, or the amount of historical information retained by phone service providers, Barrett said.

“We expect this number to fluctuate from year to year,” he said.

U.S. intelligence officials have said the number of records collected would include multiple calls made to or from the same phone numbers and involved a level of duplication when obtaining the same record of a call from two different companies.

Friday’s report also showed a rise in the number of foreigners living outside the United States who were targeted under a warrantless internet surveillance program, known as Section 702 of the Foreign Intelligence Surveillance Act, that Congress renewed earlier this year.