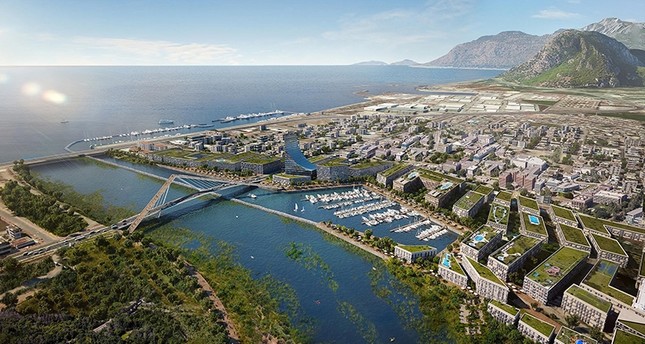 President Recep Tayyip Erdoğan said Saturday that the first initiative of his government after winning elections would be the construction of Kanal Istanbul, an artificial sea-level waterway that will connect the Black Sea to the Sea of Marmara.

Addressing a large crowd at the ruling Justice and Development (AK) Party’s women congress in Istanbul, Erdoğan said: “We want our women to be more active, more engaged, and be represented in higher numbers in politics and in the parliament.”

Speaking about the upcoming snap polls, Erdoğan said Istanbul, with nearly 9.5 million voters, will be a major player.

A key project among the government’s 2023 goals, the idea of Kanal Istanbul was floated by President Recep Tayyip Erdoğan in 2011.

Recently a 1/100,000-scale route and reserve structure plan for Kanal Istanbul was completed.

Kanal Istanbul will be 45.2 kilometers long, and will extend through Istanbul’s Avcılar, Küçükçekmece, Başakşehir, and Arnavutköy districts.