Democracies in trouble around the world 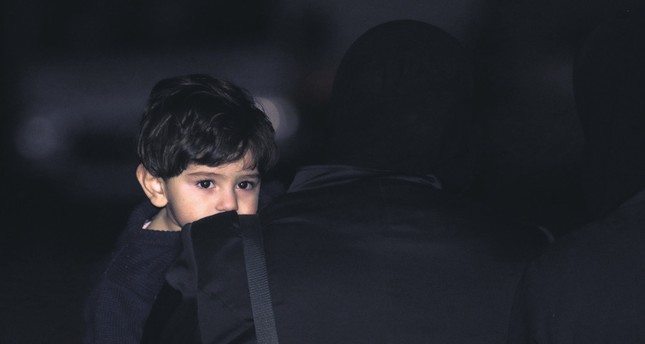 A child is carried following at Qalaat al-Madiq, some 45 kilometers northwest of the central city of Hama, after being evacuated from Eastern Ghouta, April, 2.

After the collapse of the Soviet Union, the door was ajar to establish a new world order less prone to conflicts, respectful of basic rights and liberties and with distributive justice. In that sense, the United Nations, the paramount international organization, was poised to become at last the platform for peace and cooperation among countries.

With one of the poles gone, the Cold War and the bipolar world were gone, and the hope created by this peaceful ending to the Cold War, which claimed the lives of around 44 million people around the world in 42 years, was high.

It is interesting to note that the end of the Cold War is generally attributed to the first neoconservative policies established by the U.S. President Ronald Reagan and his administration back in 1981, when he was elected over incumbent President Jimmy Carter. At the time, Reagan was almost a has-been, nobody thought he could win against Carter. He did, however, mainly due to a third candidate, John B. Anderson, who received almost 7 percent of the vote – not enough to get the presidency, but enough to prevent a second term for Carter.

Reagan’s tenure drifted U.S. policy toward conservationism, breaking the system established by President Franklin D. Roosevelt for the first time. He served two full terms, and for the first time since President Dwight D. Eisenhower, he had ample time to leave a deep mark in US politics.

Reagan’s Strategic Defense Initiative (SDI), better known as “Star Wars” – the installation of a missile system in outer space that would destroy all ballistic missiles fired at U.S. territory – looked quite ahead of its time and extremely expensive. We know now that the technology required did not exist at the time, but the Soviets believed it and diverted even more resources to their military expenditure, bankrupting their economy.

The end of the Soviet-era, which Reagan called the evil empire, owes much to the increase of U.S. military spending. The Soviet Union wanted to follow but could not. However, most analysts miss an essential point. The Soviet Union did not implode only because of the arms race, it almost evaporated because there was a total contradiction between what the regime said and did.

Communist ideology promised justice, equality in all fields, solidarity and development. Instead, a regime of coercion with no checks and balances gradually turned into a plethoric and corrupt bureaucracy, delivering less and less to ordinary people.

Its disappearance gave a false sense of triumphalism to neoliberalism, which prevented a rational evaluation of the needs and demands of developing countries. A new world order is not happening, and the U.S. has not been able to establish leadership worth the name.

Fascism is on the rise in many parts of the world. In the absence of a full-fledged ideology, doctrinal approaches and increased nationalism find very fertile ground to develop. From China to the EU, very nationalistic and xenophobic regimes have appeared. In places where these forces cannot attain power, such as France and Germany, they are still very strong opposition forces.

The weakness of democracies to react against the atrocities committed in many areas of the world – but mainly in the Middle East – give authoritarian regimes even more appeal. The U.S.’s absence of leadership, hesitation in external policies and errors leave EU democracies mostly incapable to react. That was the political price to pay for remaining under the protection of NATO after World War II, but these times are now long gone. If there is not a real and institutional reaction from EU countries, which looks like a very remote possibility, the situation in the Middle East will not see a long-term solution.

“The first time it was reported that our friends were being butchered there was a cry of horror. Then a hundred were butchered. But when a thousand were butchered and there was no end to the butchery, a blanket of silence spread. When evil-doing comes like falling rain, nobody calls out ‘stop!’

When crimes begin to pile up they become invisible. When sufferings become unendurable, the cries are no longer heard. The cries, too, fall like rain in summer.”