The 3 April has been dubbed ‘Punish a Muslim Day’ by extremists.

The Met has insisted “there is no credible information to suggest there is any criminal activity that will take place”, and a number of organisations including Tell MAMA, as well as people online, are using the hashtag ‘#WeStandTogether to show solidarity with Muslims.

For those who do witness Islamophobia, there’s a number of things you can do.

Marie-Shirine Yener, a 22-year-old Parisian illustrator, created a guide to give people advice on how they can help Muslims who are being harassed.

She based her strategy on “non-complementary behaviour” – a concept in psychology which aims to disrupt an oppressive connection a potential attacker is attempting to establish with the target.

1. Talk to the victim, ignore the attacker. 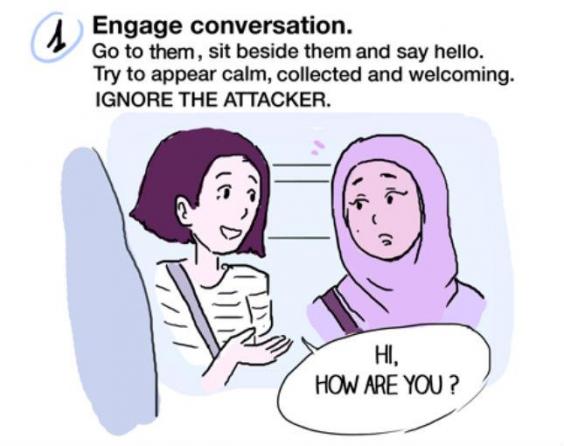 2. Talk about something random. 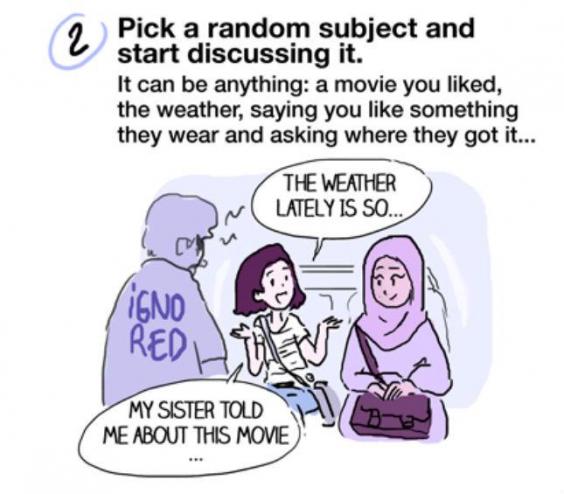 Continue to engage the Muslim man/woman in conversation, building a safe space as you ignore the attacker. 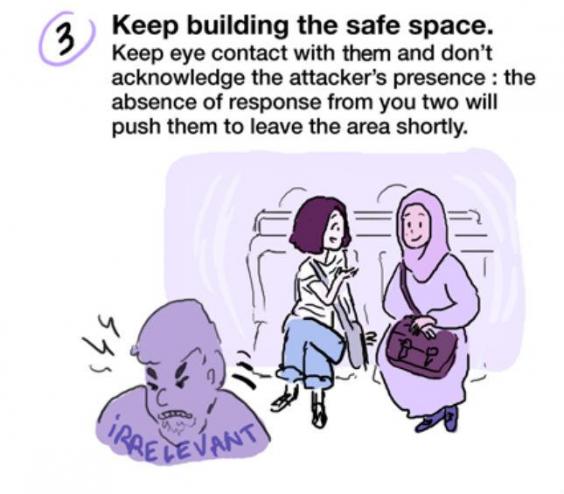 Stay with them until the attacker leaves, and escort them to a neutral area. 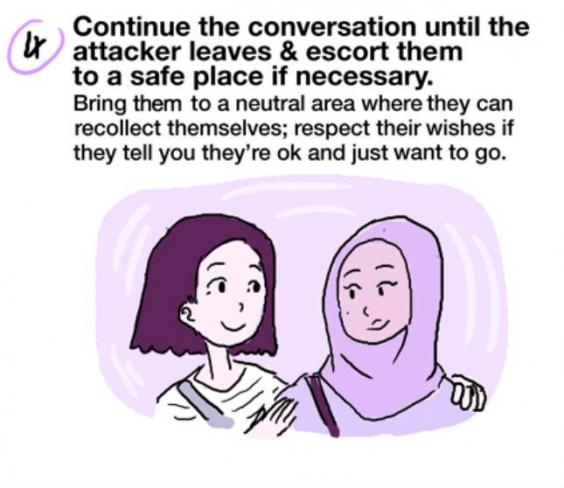 indy100 caught up with the artist, who goes by the nom de plume “Maeril”, to ask about her illustration:

As a woman who comes from a diverse Muslim background – Iran, Armenia and Turkish/Kurdish – Shirine Yener’s exposure to Islam came from a variety of sources, including her family and her Parisian neighbourhood.

I have witnessed, during the last months and years, the number of hate-motivated actions against Muslims increase rapidly. I felt like I had to try to do something with what I have, and that is drawing and writing.

Images courtesy of Maeril. You can find more of her thought-provoking work on her website.

You can also contact Crimestoppers anonymously to report crime on 0800 555 111.

If you have witnessed discrimination or harassment, or if you’ve experienced it yourself you can also contact Tell MAMA

More: British Muslims share their experiences of everyday Islamophobia in the UK in this powerful video

More: When this Muslim man was confronted by an Islamophobic troll, he had the most amazing response