2 British IS members say hostage beheadings were a ‘mistake’

KOBANI, Syria (AP) — Two British militants believed to have been part of an Islamic State group cell notorious for beheading hostages in Syria were unapologetic in their first interview since their capture, denouncing the U.S. and Britain as “hypocrites” who will not give them a fair trial. 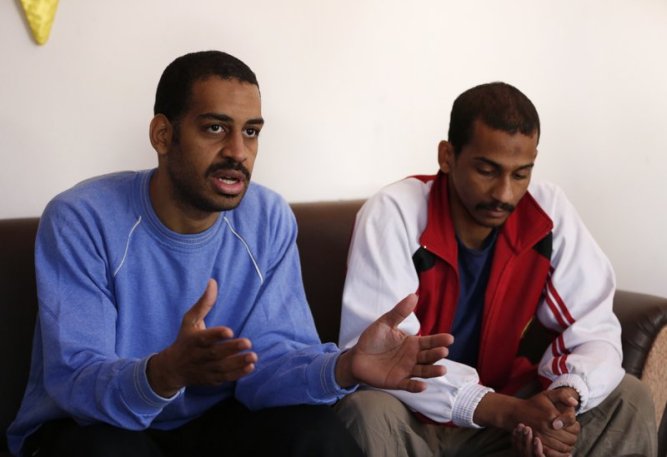 The men, along with two other British jihadis, allegedly made up the IS cell nicknamed “The Beatles” by surviving captives because of their English accents.

The nickname belied the cell’s brutality. In 2014 and 2015, it held more than 20 Western hostages in Syria and tortured many of them. It beheaded seven American, British and Japanese journalists and aid workers and a group of Syrian soldiers, boasting of the butchery in videos released to the world.