World leaders are congratulating Vladimir Putin on his election for a new six-year term as Russian president, but Western leaders have been slow to respond amid recent tensions. 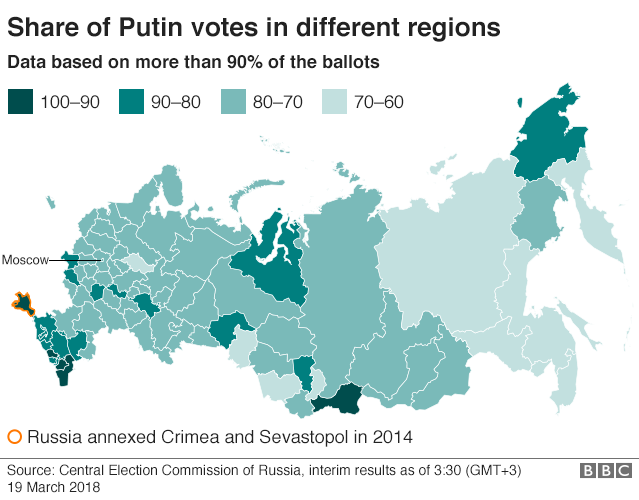 Chinese President Xi Jinping said his country’s partnership with Russia was at its “best level in history”.

But European observers said that while the poll was conducted efficiently there was a lack of genuine choice.

Mr Putin got more than 76% of the vote, official results show.