6 Quran Quotes That Teach Love, Tolerance and Freedom of Religion 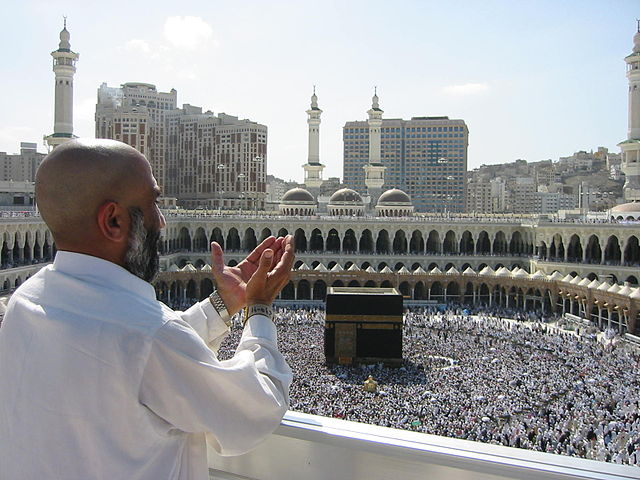 Islam, according to the Quran, teaches love and compassion for every human being, no matter their religion, says author Adnan Oktar whose television show is watched by millions in Turkey and the Arab world. He believes the problem for the majority of Muslims is that some groups are following traditions and superstitions invented centuries after the Quran was first sent and the Prophet lived, and these have gotten more radical over time.

After the attacks of September 11, 2001, Oktar published a book, Islam Denounces Terrorism. He argues that violent and intolerant beliefs about Islam go against the teachings of the Quran. Here, he presents six quotes that support his claim.

Peace is the Cornerstone

The word “Islam” is derived from the word meaning “peace” in Arabic. Islam is a religion revealed to mankind with the intention of presenting a peaceful life where the infinite compassion and mercy of God manifests on earth. God calls all people to live by the moral values He sets so that compassion, mercy, peace and love can be experienced all over the world.

“O You who believe! Enter absolutely into peace (Islam). Do not follow in the footsteps of satan. He is an outright enemy to you.” (Holy Quran: 2, 208)

In the verse above, Islam intrinsically calls for peace and fosters a life in absolute sincerity and honesty before God. Therefore it is vitally important for an individual to believe in God with his own will and aspiration, and observe God’s commands and advice through personal conscientious contentment.

CHECK OUT: 20 Muslim Inventions that Shaped Our World

No One Should be Forced to Believe in Islam

“There is no compulsion where the religion is concerned.” (Holy Quran: 2/ 25As stated in the verse, no one can be compelled to live by Islamic morals. Conveying the existence of God and the morals of the Qur’an to other people is a duty for believers, but they call people to the path of God with kindness and love and they never force them. It is only God Who guides people to the right way. This is related in the following verse:

“You cannot guide those you would like to but God guides those He wills. He has best knowledge of the guided.” (Holy Quran/28: 56)

Freedom of Thought and Religion are Paramount

The Quran provides an environment where people can fully enjoy freedom of thought and freedom of religion and allows people to live by the faith and values they believe in. According to Islam, everyone has the right to live freely by his beliefs, whatever they may be. Anyone who wants to support a church, a synagogue or a mosque must be free to do so. In this sense, freedom of religion, or freedom of belief, is one of the basic tenets of Islam. There is always freedom of religion wherever the moral values of the Qur’an prevail.

That is why Muslims also treat Jews and Christians, described in the Qur’an as “the People of the Book,” with great justice, love and compassion. God says in the Qur’an:

“God does not forbid you from being good to those who have not fought you in the religion or driven you from your homes, or from being just towards them. God loves those who are just.” (Surat al-Mumtahana, 8)

Compete With Each Other in Doing Good 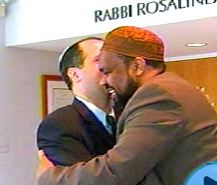 Muslims who share these basic values believe in the need to act together with Christians and Jews. They therefore strive to eliminate prejudices stemming from provocations by unbelievers and fanatics. Jews, Christians and Muslims should strive together to spread moral virtues across the world.

SEE: All the Good News Stories About Muslims on GNN

God explicitly states that the existence of people from different faiths  and opinions is something that we have to acknowledge and welcome heartily, for this is how He created and predestined humankind in this world:

“We have appointed a law and a practice for every one of you. Had God willed, He would have made you a single community, but He wanted to test you regarding what has come to you. So compete with each other in doing good. Every one of you will return to God and He will inform you regarding the things about which you differed.” (Surat al-Ma’ida, 48)

In acknowledgment of this fact, Muslims have an inner love and compassion for people of all faiths, races and nations, for they consider them as the manifestations of God in this world and treat them with an heartfelt respect and love. This is the very basis of communities administered by Islamic morality.

The values of the Qur’an hold a Muslim responsible for treating all people, whether Muslim or non-Muslim, kindly and justly, protecting the needy and the innocent and “preventing the dissemination of mischief”. Mischief comprises all forms of anarchy and terror that remove security, comfort and peace.