Guardian: A French court has ruled that schools should provide an alternative to pork school lunches in the interest of Muslim and Jewish children who do not eat the meat. 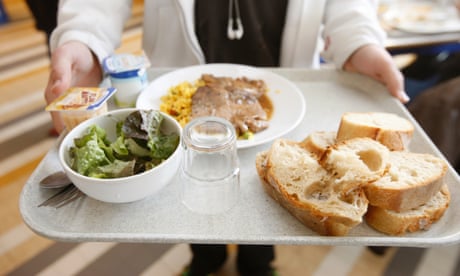 Pork or nothing: how school dinners are dividing France

The decision came after a rightwing local authority stopped providing a choice for children.

On Monday a Muslim organisation won its legal case against the authority at Chalon-sur-Saône in Burgundy. The court, sitting in Dijon, annulled the town hall’s 2015 decision not to provide an alternative to pork in its school canteens.

Chalon-sur-Saône officials said they would appeal against the decision.

The judge said he was not concerned with religious considerations but ruled that the town’s failure to provide an alternative meal, which meant many local Muslim children went without lunch, was “not in keeping with the spirit of the international convention on the rights of children” and was not “in the interests of the children”.

At a hearing on Friday, a state legal expert told the court they had come to the same conclusion.

Gilles Platret, the mayor of Chalon-sur-Saône for the rightwing Les Républicains party, claimed he was upholding the French Republic’s principle of “laïcité”, or secularism, when he decided to stop offering non-pork alternatives in the local schools.