Cristiano Ronaldo was named UEFA Player of the Season for 2016-2017 on Thursday after a campaign which saw the Portuguese superstar help Real Madrid to the La Liga and Champions League double. 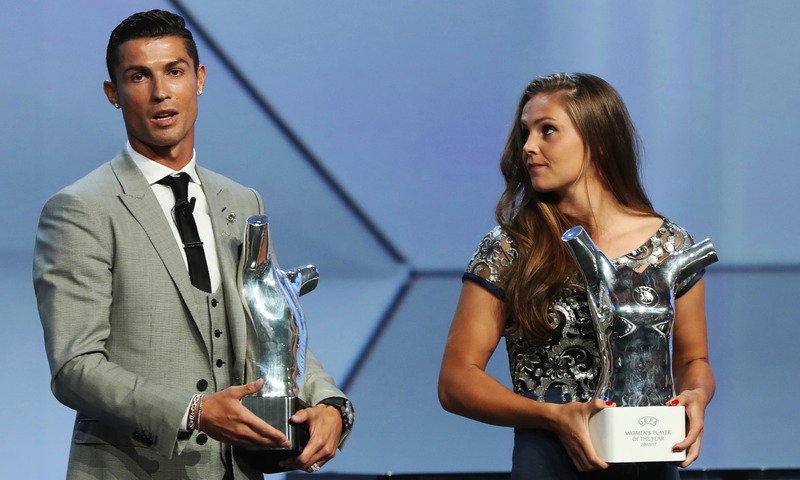 It was the third time that Ronaldo had won the award which was presented on the sidelines of the Champions League group stage draw.

He also surpassed his greatest rival Messi who has won the award twice.

“There are the same goals every year, to meet the same challenges, win everything if possible, qualify for the World Cup with my national team,” said Ronaldo.

“This trophy will give me the motivation to keep working hard, never to give up. I am blessed and delighted to be with Real Madrid.” Ronaldo won the UEFA award in 2013-2014 and 2015-2016 and in the Champions League last season, where Real defeated Juventus 4-1 in the final and he finished as top scorer with 12 goals.

Juventus goalkeeper and captain Gianluigi Buffon was second in the voting ahead of Messi.