It will be read with great sadness that Ch Hameed Ahmad s/o Ch Muhamad Salman Akhtar Sahib, died in London, UK on May 20, 2017 at the age of 41. His funeral prayer was led by Hazrat Mirza Masroor Ahmad, the Head of the worldwide Ahmadiyya community and Caliph of Islam, after Friday sermon in Baitul Futuh London on May 26, 2017. May Allah elevate his station in Heaven above, Ameen! 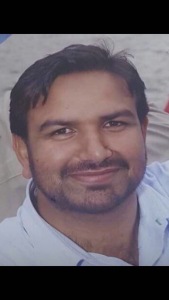 Hameed Ahmad was born in in Pakistan on June 30, 1975. He was the grandson of Ch Hidayatullah  Sahib Numberdar of Chak 35 South Sargodah and great grandson of Hazrat Ch Maula Bakhash (may Allah be please with him) who accepted Ahmadiyyat at the hand of the Promised Messiah (peace be on him) in 1904 in Qadian.

After matriculation he moved to Germany in 1995 along with his parents and family. In 2008 he shifted to London UK.

In 2007 he was the delegate to the Annual Convention of Bosnia  to represent Ahmadiyya community of Germany in this Convention. He also led various delegates of Ahmadi Youth to various countries including USA, UK, and Holland. 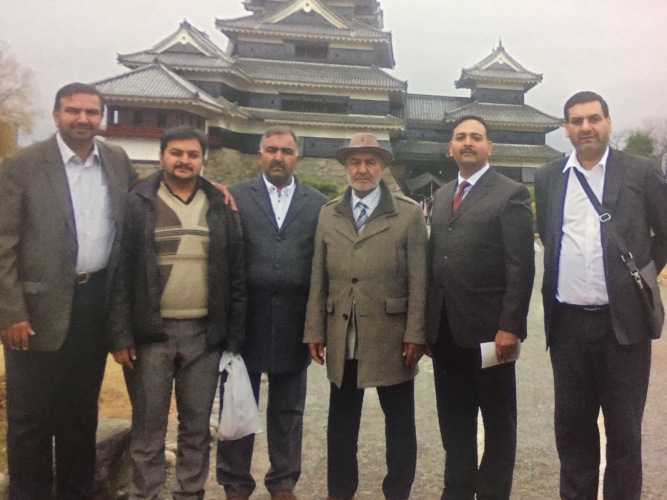 He was an excellent athlete and had special expertise in volleyball, soccer and tug of war

Hameed Ahmad leaves behind a young widow (Samina Hameed) and four children (Tauheed, Waleed, Labeed and Amtul Subooh) and a mourning community of numerous  youth and children whom he trained through his guidance, friendship, model and sportsmanship to  be what they are today and their parents who are truly grateful!