Al-Ghazali and the search for knowledge in the modern world 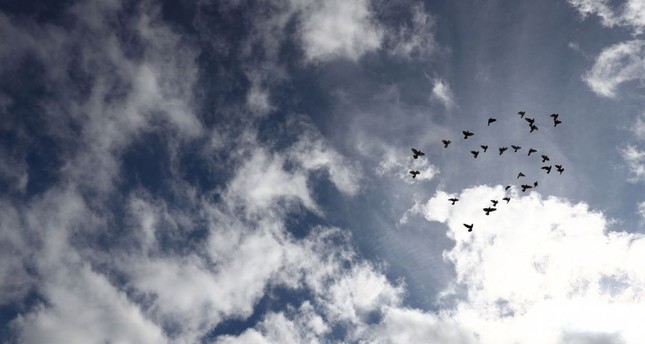 Al-Ghazali, who lived in the intellectual and spiritual world of the Quran and the Sunnah and enriched it with his own enduring contributions, was a devoted soul and body for attaining true knowledge, wisdom and virtue

At a time when it is easy to confuse knowledge with information and forget the meaning of wisdom, it is important that we get the basic concepts right as we move forward. In our search for veritable knowledge in the modern world, al-Ghazali is one of the most prominent Muslim scholars to turn to for such wisdom.

The reason that al-Ghazali stands out among his peers is because he is a thinker who has traveled across various paths, studying traditional sciences and coming to terms with the biggest questions of religious law, theology, philosophy and metaphysics. In his autobiography titled, “Deliverance from Error” (al-Munqidh Min al-Dalal), he tells the story of his journey as a dedicated seeker of knowledge and the pitfalls against which all seekers of knowledge and virtue must be careful in order not to lose their way.

Al-Ghazali lived in the intellectual and spiritual world of the Quran and the Sunnah, enriching the religious scholarly community with his own enduring contributions. His ability to combine the various fields of knowledge is a testimony not only to his personal ingenuity but also to the intellectual-spiritual climate in which he flourished as a thinker and scholar. He rose to prominence in a cultural and educational environment where knowledge was regarded as a supreme virtue and the possessors of knowledge were held in high esteem. Clearly, this comes from the importance that the Quran attaches to knowledge.

The Quran uses the word knowledge (‘ilm) and its variants in more than 750 places. Knowledge may refer to revelation, the stories of the prophets, human concepts or the natural world. In almost every instance, knowledge refers to something larger and more essential beyond information. It serves as a “sign” (ayah) which intelligent people are supposed to decipher, seeking not only to widen one’s perception of the world in which we live but also to inculcate a sense of moral responsibility and spiritual direction in us. True knowledge leads to faith and virtue because all knowledge is ultimately a reference to the source of all things.

In this sense, knowledge is not “mental gymnastics.” It is not mere literacy. It is not a tool to manipulate the world of nature. Rather, true knowledge is an act of engaging in the reality of things and a process of existential transformation. It changes and matures the knower. It is deeply personal in the sense that one cannot remain indifferent to the transformative power of knowledge. Veritable knowledge not only gives us wisdom but also leads us to a life of virtue and spiritual contentment.

Al-Ghazali is one of the pinnacles of this synthesis of knowledge, wisdom and virtue. In his various works including “Ihya ulum ad-din,” “al-Mustasfa,” “al-Iqtisad fi’l-itiqad,” “Mishkat al-Anwar” and “Tahafat al-Falasifah,” he shows the essential unity of the revealed and reasoned knowledge. As true knowledge shows us the reality of things as they are, it also invites us to act in accordance with that knowledge. This is like knowing everything about the sea and the wind. Such knowledge is essential but the sailor will have to act in accord with it otherwise he can neither sail not survive in the face of a storm. Knowing by itself is not enough; one has to have wisdom as well, which means distinguishing between right and wrong and act morally.