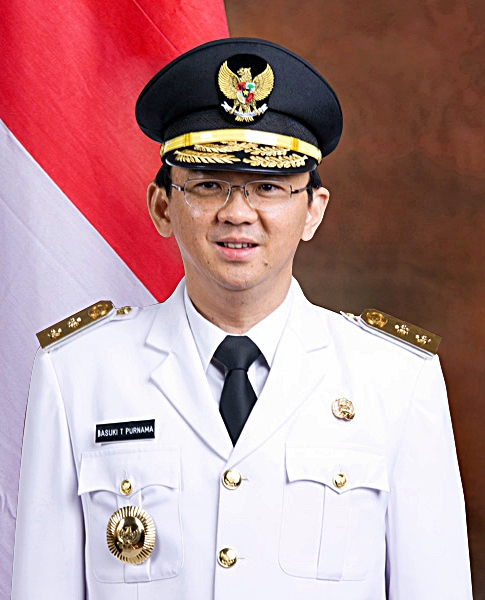 Basuki Tjahaja Purnama; Nick name Ahok is the 17th Governor of Jakarta. The Muslim Times has an extensive collection on the theme of Free Speech

Johann Wolfgang von Goethe (1749 – 1832), the most celebrated philosopher of Germany, once said: “As often as we approach the Quran, it always proves repulsive anew; gradually, however, it attracts, it astonishes, and, in the end forces admiration.” His experience continues to be true and many a Muslims and non-Muslims alike cannot understand the Holy Quran easily and in so doing are creating chaos and anarchy.

The Quran is not an ordinary book. It is unique in style as it is the final message to the mankind from the All Knowing God.

It is literal word of God.

It is a relatively short book, with only 6385 verses, if we count the first verse that is common between 113/114 chapters, yet it has a very broad scope and very elaborate and expansive commentary. Allah says:

And if all the trees that are in the earth were pens, and the ocean were ink, with seven oceans swelling it thereafter, the words of Allah would not be exhausted. Surely, Allah is Mighty, Wise. (Al Quran 31:27/28)

The Holy Quran is very easy to comprehend on its basic message of Monotheism, human compassion and love and our final accountability in the hereafter.

These and additional teachings are the fundamentals of the book. But, in what is peripheral or allegorical, those who have an axe to grind or serve an agenda, find a prescription for chaos in myopic reading of some verses out of the local context of the text or out of step from the main fundamental themes of the Holy Quran.[1]

We have very tragic developments in Indonesia this month and the verse behind all the drama is:

O ye who believe! take not the Jews and the Christians for friends. They are friends one to another. And whoso among you takes them for friends is indeed one of them. Indeed, Allah guides not the unjust people. (Al Quran 5:51/52)

The inference drawn by the Islamists from the verse being that if the Jews and the Christians cannot be friends, they cannot certainly be Governors in the Muslim majority countries.

Basuki Tjahaja Purnama; Nick name Ahok, is the 17th Governor of Jakarta, the most populous city of Indonesia with some 9 million residents. He is up for reelection in February and he happens to be a Christian.

In June, Ahok told public schools to stop making hijabs compulsory for female Muslim students. He emphasized that the substance of religiosity could not be defined through enforcing religious attire, since he said he had witnessed a girl taking off her hijab once having left school. Hence, it is essential for them to wear it with respect as religious virtues, rather than wearing it in school just because of rules. However, opponents were already emotional because he also used the word “napkin” to illustrate children who treated hijabs disrespectfully. His words were interpreted as a blasphemy, forbidding female students to follow the virtues of being Muslim girls.

The push for legal action against his alleged blasphemy continued in October. Thousands of members of hard-line Islamic groups marched through the city from Istiqlal Mosque in Central Jakarta, demanding that legal action be taken against Ahok.

Former President Susilo Bambang Yudhoyono, whose son Agus Harimurti Yudhoyono, is running against Ahok, made a speech a couple of weeks ago, calling for the governor to be prosecuted to placate the Islamist opposition and quell the protests.

Ahok reportedly told people in Thousand Islands regency, in the early part of November, not to be deceived by the above mentioned verse, which had been used against him by his Islamist opponent Agus in his stump speech:

O ye who believe! take not the Jews and the Christians for friends. They are friends one to another. 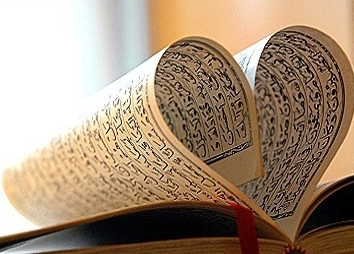 This day all good things have been made lawful for you. And the food of the People of the Book is lawful for you, and your food is lawful for them. And lawful for you are chaste believing women and chaste women from among those who were given the Book before you, when you give them their dowries, contracting valid marriage and not committing fornication nor taking secret paramours. (Al Quran 5:5/6)

Obviously if a Christian or a Jew can be a spouse, he or she can certainly be a friend.

And thou shalt assuredly find those who say, ‘We are Christians,’ to be the nearest of them in love to the believers. That is because amongst them are savants and monks and because they are not proud. (Al Quran 5:82/83)

There should be no compulsion in religion. Surely, right has become distinct from wrong; so whosoever refuses to be led by those who transgress, and believes in Allah, has surely grasped a strong handle which knows no breaking. And Allah is All-Hearing, All-Knowing. (Al Quran 2:256/257)

Indeed, Allah commands you to make over the trusts to those entitled to them, and that, when you judge between men, you judge with justice. And surely excellent is that with which Allah admonishes you! Allah is All-Hearing, All-Seeing. (Al Quran 4:58/59)

After some large rallies of protest against Ahok, Police took it on themselves to serve the Islamist’s agenda.

The National Police have kept their word to swiftly conclude their investigation into blasphemy allegations against Ahok, two days ago, as conservative Muslim groups plan another large-scale rally to demand the governor be arrested.

It is likely that the governor, who is seeking another term in the Feb. 15 election, will stand trial before election day.

The police officially handed over Ahok’s case dossier of some 800 pages to prosecutors at the Attorney General’s Office (AGO) in Kebayoran Baru, South Jakarta, on Friday, less than two weeks after the governor was charged with blasphemy.

But, to me it seems that the Christian Governor understood the disputed verse of the Holy Quran better than the millions of Islamists and their leaders the so called scholars of Islam, rallying against him.

Such politics by the Islamists and zealots of other religions are precisely the reason, why we are promoting secularism in every country of the world.

Unless we interpret the Quran in light of every other verse that pertains to the subject, literal understanding of any single verse will often give us a myopic, if not wrong understanding of the verse. Allah Says:

Allah has sent down the best Message in the form of a Book, whose verses are mutually supporting and repeated in diverse forms at which do creep the skins of those who fear their Lord; then their skins and their hearts soften to the remembrance of Allah. Such is the guidance of Allah; He guides therewith whom He pleases. And he whom Allah adjudges astray — he shall have no guide. (Al Quran 39:23/24)

If we read the contested verse, in light of all the other verses that the Islamists omitted to mention then we get a perfectly balanced teaching from the Holy Quran; failing which the Islamists have created a bad name for the Holy Quran through out the world, by attributing a prejudicial teaching to it.

The verse at the center of the debate is in the context of war or armed struggle between different groups and here it only implies that when you engage in defensive war, do not befriend those at war to the degree that you share national security secrets with them. The very next verses are:

And thou wilt see those in whose hearts is a disease, hastening towards them (the Jews and the Christians), saying, ‘We fear lest a misfortune befall us.’ Maybe, Allah will bring about victory or some other event from Himself. Then will they become regretful of what they concealed in their minds.

And those who believe will say, ‘Are these they who swore by Allah with their most solemn oaths that they were surely with you?’ Their works are vain and they have become the losers. (Al Quran 5:52-53/53-54)

The Holy Quran does not exhaust any subject in any one chapter https://t.co/yq6k8bxFpI pic.twitter.com/pcsQOksh5i