The demand for Islamic reformation is just another brand of Islamophobia

Calls for a reformation are cynical, counterproductive and ignore the bloody facts of history 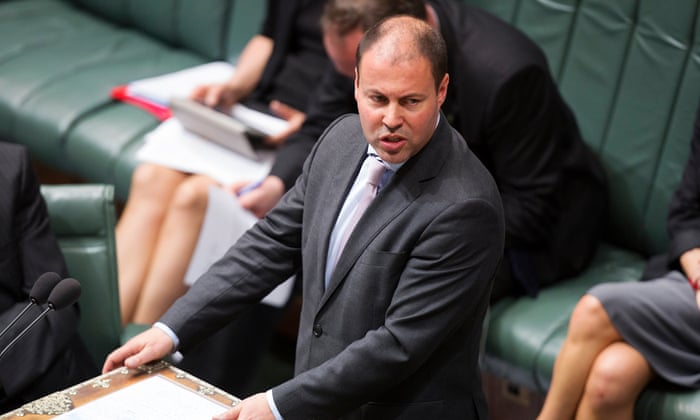 ‘It started with Josh Frydenberg saying over the weekend that the more recent massacre in Paris was down to a “problem within Islam”’ Photograph: Jonny Weeks for the Guardian

On the topic of Parisian massacres, consider this. On 24 August 1572, Charles IX of France ordered the assassination of prominent Huguenot Protestants who were in Paris for the wedding of their leader, Henry of Navarre, to the king’s own sister. Under the tutelage of his mother, Catherine de’Medici, he became convinced that their faction was on the brink of rebellion.

The killings quickly led to mass violence. Catholic Parisians began killing their Huguenot fellow-residents in earnest. 3000 were killed in the capital alone – a 9/11-level catastrophe carried out with sticks and stones, torches and knives, feet and fists. 70,000 were massacred in a similar fashion in other parts of the country in succeeding days.

The St Bartholomew’s Day Massacre, as it became known, was just a part of decades of civil war and slaughter in France. Huguenots were persecuted and murdered en masse, and they responded in kind, hunting down Catholic priests like wild animals in the parts of the country that they controlled (one Huguenot captain was said to have worn a necklace of clerics’ ears). Hostilities continued inside and outside the formal boundaries of open religious war, and only completely ended when the Huguenots were mostly converted, killed, or expelled.

This was not some aberration from an otherwise stately process of Christian Reformation. The French wars, which came in the middle of a much larger process that wracked Europe, were integral to its meaning. The process of disaggregating Christian churches, and the blending of this process with national and international political struggle, was a bloodbath which was unmatched until the wars of the 20th century.

In the French religious wars, 2-4 million died. In the thirty years’ war, it may have been as many as 11.5 million. Much of this was democide, to use the fancy academic term for the murder of people by their own rulers. The end of this slaughter only came at the cost of the creation of a system of European nation states. This in turn, with its accompanying curse of nationalism, led to even more serious bloodletting as European modernity ripened and matured in the 19th and 20th centuries.

The current interlude in mass killing on the European mainland is unusual in the context of the continent’s modern history. Of course, European nations have never stopped involving themselves in wars elsewhere. This is the “western civilisation” that Australia’s political right spends so much time defending. It’s an unusual position from which to be instructing others on the interplay between belief, ideology, and violence.

So when politicians call for a “reformation in Islam”, as several rightwing Liberal Party MPs did over recent days, we might wonder what they could possibly be asking for. Given the terms in which the demand was put, which seem to be drawn from a half-remembered high school history class, it’s difficult to tell.

It started with Josh Frydenberg saying over the weekend that the more recent massacre in Paris was down to a “problem within Islam”. The remark was made in the course of an attack on Australia’s grand mufti, who has allegedly showed “insufficient leadership” because he made the point that processes like radicalisation have complex causes.

At this point, a number of his colleagues – acting out of opportunism, bellicosity, or simple ignorance – chimed in.

Michael Sukkar, the Member for Deakin, warmed to the theme of reform, stating that “It’s clear that Islam hasn’t had the same reformation that occurred in Christianity which means some of these medieval teachings and practices have not been stamped out.”

The historical illiteracy of this remark is difficult to even process. Mehdi Hasan has written in the Guardian at length about the flawed analogies and bad history the idea is based on. But let’s just say that if the idea is that the Christian Reformation had any ameliorative effect on political violence, it might be thrown into question by the constant and ongoing military attacks by secular democracies on the middle east for the last quarter of a century.

The mufti’s remarks pointed to the salience of this in radicalising young Muslims; people like Sukkar somehow can’t even see that this is happening. Who in this picture is blinded by ideology?

Then Andrew Hastie, the newly-minted member for Canning, chimed in. He said that “Modern Islam needs to cohere with the Australian way of life, our values and institutions. In so far as it doesn’t, it needs reform.”

The conservative press responded by touting him as an authority on Muslims because of his tours of duty with the SAS in Afghanistan.

But the fact that someone who was directly involved in the occupation of a Muslim country has been shoved out in front of this reformist crusade shows that its message is not intended for Muslims at all.

Why Islam doesn’t need a reformation

Instead, they are signalling to those who would rather that there weren’t any Muslims here at all, from the Bolted-on liberal base to the nascent quasi-fascists of Reclaim Australia.

The law-abiding Muslim majority in Australia are not only blameless in acts of terror, but according to respected counterterrorism experts, are our best defence against outrages in our own country. Implying that they and their faith are responsible for atrocities is not only cynical, but counterproductive.

This demand for reformation has nothing to do with defeating Isis. In one sense it is a know-nothing cliche, passed from hand to grubby hand in the increasingly bold Islamophobic right. But that doesn’t make it any less dangerous.

That’s because in another sense, it’s a political project – in both electoral and broader sense – which attempts to manufacture the kind of fear and insecurity that drags the national political spectrum to the right, and heightens the appeal of rightwing candidates.

The deepest lesson of the Christian Reformation is not some pat story about modernisation and the inevitable triumph of the secular. Rather it is that religious prejudice, once awakened, is destablising, fratricidal, and difficult for anyone to control.

Mingled with politics, it is the wellspring for rivers of blood.

Tagged as: History of Religions