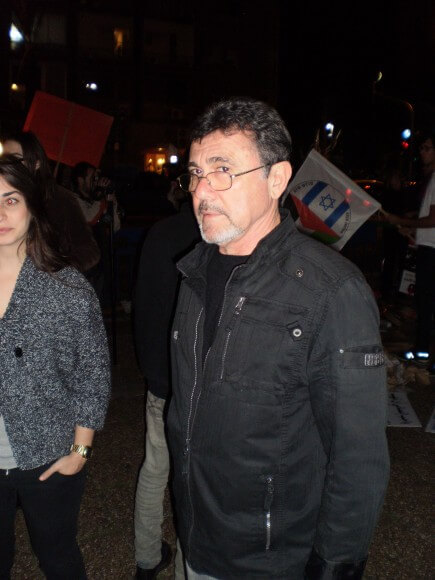 The Israeli historian Shlomo Sand has ventured into a territory that is nowadays mostly occupied by ardent Zionists intent on proving that Jew hatred is eternal and that the state of Israel is the only place where the Jews can feel safe. Sand hardly belongs to that hasbara taskforce, having authored a book on the invention of the Jewish people and another on the invention of the Land of Israel. Nor does he believe in neutrality and objectivity of an historical narrative, which necessarily reflects concerns and biases of the historian’s own history. He is a child of Holocaust survivors, born in Austria, a country with a much higher number of Nazis per capita than the rest of the Reich. This makes his interest in Jew hatred rather personal. Moreover, he is “not at all certain to have fully understood the whole set of factors that produced this long-term hatred” (p. 166). But his approach deserves attention.

The book is written in a clear and concise style and consists of fifteen short chapters. (It was written in Hebrew and translated to French. No English edition has been published.) Its main argument concerns the historical experience of Jews living under Christian rule. Sand posits that a group believed to have killed the son of God is shaped by the hatred that surrounds it. The Jews distance themselves from their non-Jewish environment, become suspicious and mistrustful of attempts at rapprochement, particularly since these often turn out to be hidden attempts at conversion. The Jews turn inside, engage in Talmudic study and – hope against hope – long for deliverance.

Moreover, Jews are not passive receptors of Christian prejudice, they develop resentment and hatred that may find outlets in their attitudes and rituals (see Reckless Rites by Elliott Horowitz). Sand understands the resultant identity, just as the environment, tend to change. However, the change is never immediate. These negative attitudes, developed in conditions of powerlessness, become truly dangerous when acted out in the Israeli state where Jews wield exclusive power.

The author does not refer to Antisemitism but to Judéophobia, Jew hatred. The former is rather recent (late 19th century) and is predicated on the imaginary concept of Jews as a race, while the latter goes back centuries and is rooted in religious intolerance. Sand draws a parallel between Antisemitism and Zionism, a political movement often presented as a reaction to persecution. Just as Christian hatred of the Jews fashions their identity, racial Antisemitism fashions Zionism and the state that embodies it. In a peculiar form of self-hate, early Zionist authors used explicitly antisemitic images to express their disdain of the meek Jews, longing to transform them into a proud new Hebrew. Sand concludes that the Israeli state is a ethnoreligious and ethnobiological entity rather than a modern democratic state of its citizens.

Sand looks at the longue durée historical perspective, which, he shows, prepares the mass murder of Jews in the 20th century. He explicates the gradual onset of Judéophobia: from prohibition to proselytize to policies of public humiliation instituted in the 6th century, from periodic expulsions to massacres during the Crusades. Sand is particularly good in the realm of European intellectual history, highlighting Judéophobia of the humanists, from Erasmus to Voltaire. He quotes Kant and Michelet, Fourier and Proudhon, Gobineau and Marr to show the continuity of a certain perception of the Jews. The contemporary period recycles the ideas of race developed in Spain in the 16th century not only to discriminate against Jews but also to structure a whole gamut of Latin American products of miscegenation. Moreover, these ideas become scientific.

Sand refers to Arthur Ruppin (1876-1943), one of the main organizers of Zionist colonies in Palestine, who, after defending a doctoral thesis on eugenics in his native Germany, engaged in research in physical anthropology, measuring skulls and noses of Jews of different origins as well as collecting and comparing their fingerprints. Ruppin firmly believed that Jews constitute a distinct white race whose ancestors in Canaan were not Semites, but Indo-Europeans. While settled in Palestine since 1908, he maintained contact with his German peers, including Hans Günther (1891-1968), a major promoter of racial theory, whom he visited for the last time soon after Hitler’s rise to power. By that time, he had been appointed professor of sociology at the Hebrew University in Jerusalem (pp. 124-127).

This material, mostly familiar to the educated reader, is presented in a novel manner: it focuses on the persistent image of the Jews as “a wandering people-race”. Zionism, a European ideology par excellence, has naturally inherited this image as well as other denigrating ones (profiteers, troublemakers, degenerates etc.). In today’s Europe, argues Sand, Judéophobia has been largely replaced by Islamophobia, while erstwhile Antisemites have become admirers of Israel, particularly of its way of “dealing with the Muslims”. This concise book naturally has a few lacunae (for example, the treatment of Soviet Jews is rather cursory) but it would definitely interest broad readership in English and other languages.