Lawrence of Arabia given new life in Saudi home restoration

The home of former British intelligence officer TE Lawrence, which has stood in ruins over the past century, has been restored as part of Saudi efforts to kickstart tourism 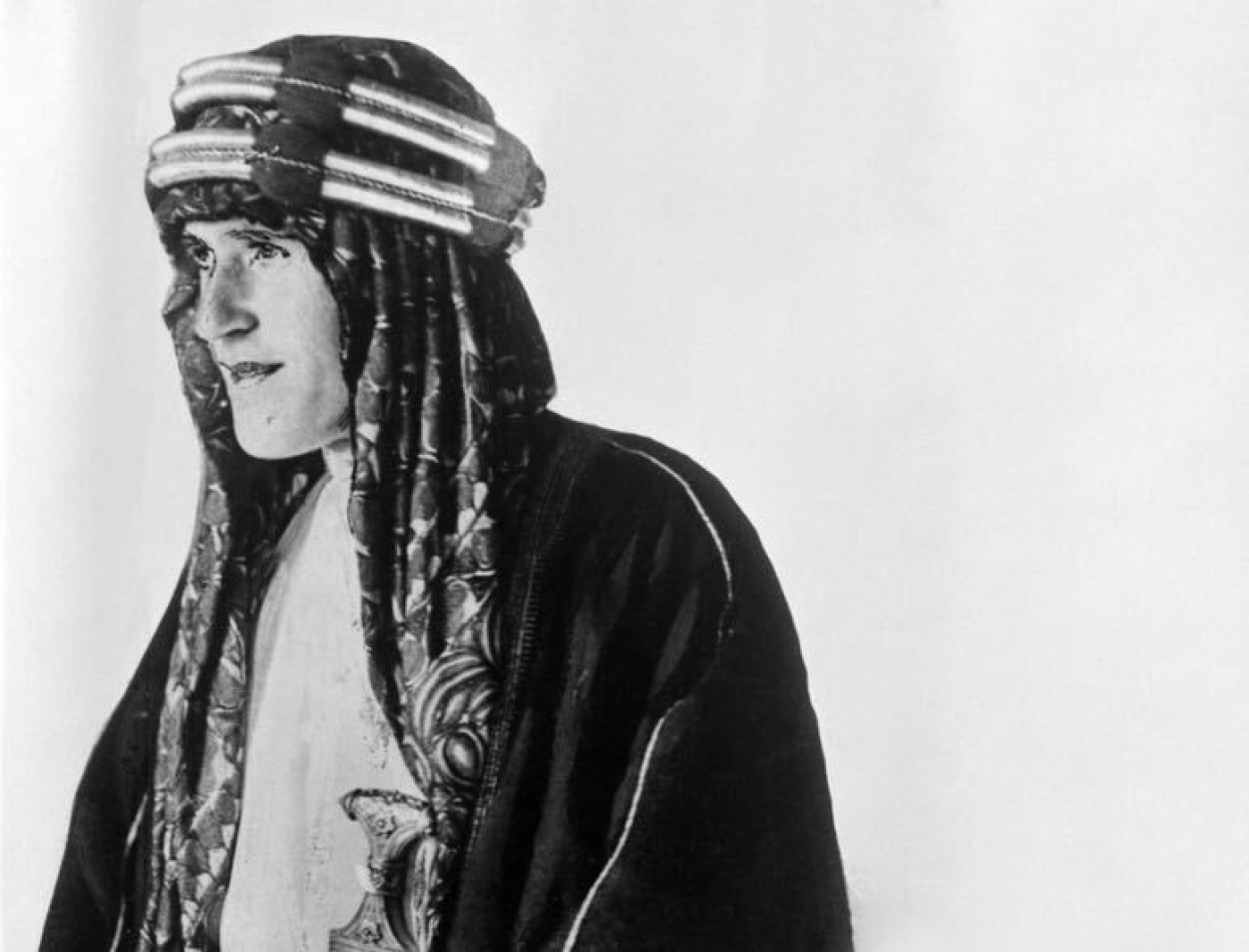 The restoration of the abandoned home of former British intelligence officer Thomas Edward (TE) Lawrence, known as Lawrence of Arabia, has been completed, according to the Saudi Arabia Tourism Ministry.

In Saudi Arabia’s coastal city of Yanbu, the newly restored house stands out among its neighbours – neglected since Lawrence lived in the town in 1916, after it was retaken from Ottoman forces.

Lawrence first arrived in Yanbu in November 1916 and was dispatched to help the Arab forces overthrow the Ottomans in The Great Arab Revolt at the end of the First World War, after the Ottoman Empire sided with Germany against the British and French.

The Red Sea residence is the first to get a makeover under the Saudi tourism ministry’s restoration project for Yanbu, which is part of wider efforts led by Crown Prince Mohammed bin Salman to start opening the country to foreigners.

‘I heard that fear of ghosts has led to neglect, and I am telling you it is not true’

The two-storey home was left to ruin over the past century, despite historians’ frequent calls to protect the site and open it to the public.

The house will be ready for visitors by the end of 2020 according to Ahmed al-Mahtout, the local mayor – who also rejected local rumours that the residence was haunted.

“I heard that fear of ghosts has led to neglect, and I am telling you it is not true,” he said. “The house is now a registered part of Yanbu’s historical heritage, and tourists will be able to visit it.”

In 2019, Saudi Arabia’s ministry of education published new history textbooks which included references to the Ottoman Empire as an “occupation” rather than a “caliphate”, as previous books had stated. A year earlier, the Saudi-owned MBC television network stopped airing popular Turkish soap operas, as tuned into by millions across the Middle East and North Africa, reflecting the rocky relations Ankara and Riyadh have shared since supporting rival sides during the region’s 2011 Arab Spring.

Online, some people congratulated the move as a “nice step” in welcoming tourists and opening them up to local history.

Translation: Is there more attraction for tourists than a promise that they will live his adventure again and go to his home and feel the depth of Saudi Arabia a century after that histroic date? Nice step by the Saudi authorities, and I hope that other steps will follow along the same path.

Others put the restoration into the context of the expansion of facilities at Mecca, the home of the Prophet Muhammed and his companions, which has seen growing numbers of pilgrims visit on the annual pilgrimage.

Translation: Saudi Arabia is restoring the home of “Lawrence of Arabia” in Yanbu. The British “Telegraph” newspaper revealed that Saudi Arabia is in the process of renovating the house of British intelligence officer Thomas Edward Lawrence, known as “Lawrence of Arabia”, which he stayed in on the eve of his famous campaign in the desert. While it demolishes the house of the Messenger of God and the homes of his companions under false pretenses.

Others drew comparison to the demolition of people’s homes to make way for tourism projects such as the construction of Neom, a futuristic megacity.

Translation: In bin Salman’s era we witness.. Restoring the home of the “Lawrence of Arabia” and the demolition of people’s homes in the Kingdom of Arabia

Lawrence was a junior British army officer familiar with the Middle East from his work as an archaeologist. In 1909, he travelled 1,100 miles in Syria and Palestine to create paintings and photograph castles. A year later, he joined the archaeological excavations in Syria, where he learned and mastered the Arabic language.

At the beginning of 1914, Lawrence participated in a secret military reconnaissance mission in North Sinai and later joined the geography department of the War Ministry before becoming an intelligence officer in Cairo, assisting the war effort against Turkey.

Lawrence worked with Faisal bin al-Hussein, the third son of the Sharif of Makkah, Hussein bin Ali, to lead the Arab forces against the Ottoman army. According to locals, the association with Sharif Hussein, who was later driven out in the 1920s by the al-Saud family in the creation of the modern state, led to the city being overlooked for some time.

The operation later led a number of critics to accuse the British of betrayal for going back on their promises of eventual freedom and self-rule after Britain and France partitioned liberated Arabia into their respective spheres of influence.

Lawrence was instrumental in the conquest of Palestine in 1918 when the Arabs looked to the British to fund their struggle for independence from the Ottoman Empire.

In 1921, Colonial Secretary Winston Churchill appointed Lawrence as his adviser on Arab affairs, but he resigned a year later and joined the Royal Air Force. He died in a motorcycle accident on 19 May 1935.

The British officer recorded the accounts of his exploits in the autobiographical best-seller Seven Pillars of Wisdom, which was later adapted into an Oscar-winning film starring Peter O’Toole and Omar Sharif.

Yanbu dates back 2,500 years and was once a stop along the incense route from Yemen to Egypt. It remained a quiet port town until the oil boom of the 1970s, when it was redeveloped as the west coast’s second major city after Jeddah.