History will not forgive UAE’s betrayal against Palestinian cause, Turkey’s MFA says 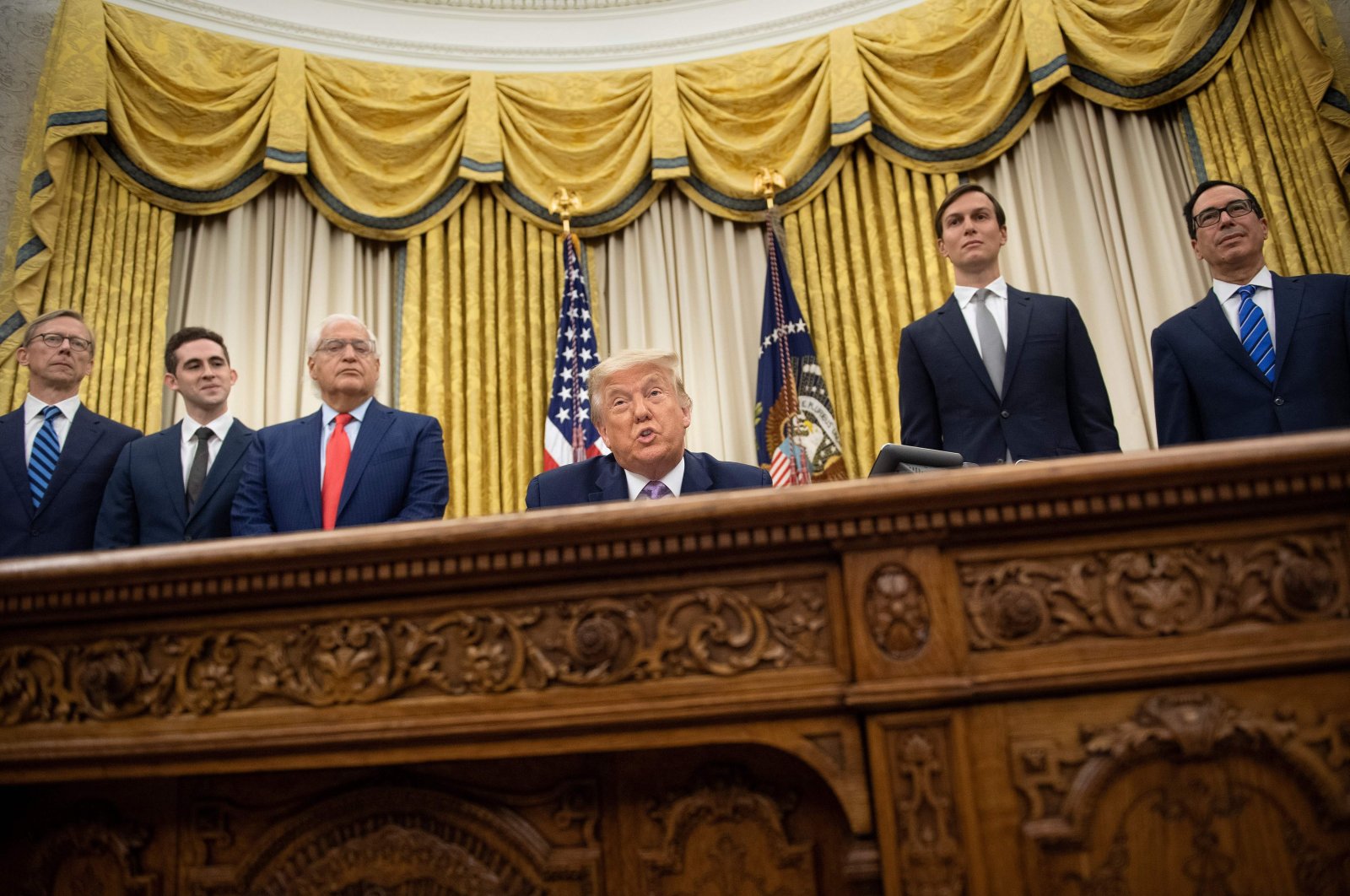 The Turkish Foreign Ministry condemned a recent deal between the United Arab Emirates (UAE) and Israel for betraying the Palestinian cause, noting that the people of the region will not forgive the Abu Dhabi administration for its hypocritical act.

“While betraying the Palestinian cause to serve its narrow interests, the UAE is trying to present this as a kind of act of self-sacrifice for Palestine. History and the conscience of the people living in the region will not forget and never forgive this hypocritical behavior,” a statement by the ministry said Friday, adding that the Palestinian people and administration are right to display strong reaction against the deal announced by U.S. President Donald Trump.

The ministry also said it was extremely concerned about the UAE’s attempt to unilaterally abolish the Arab Peace Initiative, which was endorsed by the Arab League in 2002.

The statement continued by noting that the deal, which is presented as support to the Palestinian cause, has no credibility, while adding that the UAE disregards Palestinian will through secret plans in line with the “stillborn” U.S. Middle East plan that Turkey deems null and void.

“The UAE leadership has no authority to hold negotiations with Israel on behalf of the Palestinian people and administration, nor make concessions that are critical for Palestine,” the statement said.

On Aug. 13, Trump announced that Israel and the UAE reached a peace deal that proposes to normalize diplomatic relations between the two countries.

In January, Trump announced a so-called peace plan for the Israeli-Palestinian conflict, although it had already been roundly rejected by Palestinians. Israeli Prime Minister Benjamin Netanyahu was with Trump at the White House for the announcement, but no Palestinian officials were present. In a news conference, Trump said that Jerusalem will remain Israel’s “undivided capital.”

Turkey rejected the plan, saying that it would not support any plan that is not accepted by Palestinian authorities, adding that peace in the Middle East would not be obtained if policies based on occupation did not end.

The so-called peace plan unilaterally annuls previous U.N. resolutions on the Palestinian issue and suggests giving Israel almost everything they have been demanding.

Following Trump’s decision in December 2017 to recognize Jerusalem as the capital of Israel, the issue was carried to the U.N. General Assembly after a draft resolution on the matter was vetoed 14-1 by the U.S. in the U.N. Security Council.