Behind Pakistani Feminists’ Fight for Rights

Women in Pakistan are bearing the brunt of the country’s Islamic political ideology, in addition to its patriarchy.

International Women’s Day in Pakistan this year was disrupted by religious and moral policing by hardliner Islamic groups. On March 8, Pakistani women took to the streets in the country’s largest-ever women’s day demonstration. Feminists and members of civil society — including both urban and rural populations — boisterously chanted slogans against sexual harassment and domestic violence and called for bodily rights, equal wages, and safer public spaces.

In Islamabad, clerics from Lal Masjid (Red Mosque), which appears to be the vanguard of radical Islam, disrupted the march. The mosque also contains a seminary for women characterized by its Taliban-style moral policing. The hardliners hurled stones and shoes at the protestors, a show of condemnation of their demands for equality. Across the road, women from Islamist groups executed a military-style demonstration in protest to the slogans.

Preceding the march, a slogan stating “mera jism, meri marzi” (“my body, my choice”) was the subject of heated debate over its seemingly un-Islamic character. Conservatives on mainstream and social media disregarded the demand as “promiscuous” and launched a smear campaign. One of Pakistan’s leading religious groups, the Jamiat Ulema-e-Islam (F), initiated an organized effort to forcibly stop a march in Sukkur — a city in southern Pakistan notorious for forced conversions, child marriages, and honor killings. Party stalwart Maulana Fazlur Rehman, during his speech, said that his workers will not tolerate the march and its “vulgar slogans in the name of freedom.”

Here is what this resistance suggests: Pakistani women are fighting not just the country’s patriarchal mindset, but also deep-rooted religious extremism. Over the last few decades and as a result of the Afghan war, politicization and Islamization have remained hand-in-glove. But the roots long pre-date the conflict.

Back in 1953, a series of threats were made against the Ahmadiyya sect, a community of marginalized Muslims declared apostates by the Pakistani state. The clergy also demanded the removal of Zafrullah Khan, a Pakistani diplomat and jurist, from public office over his association with the sect. Later, under the rule of former military dictator and President Zia-ul-Haq in 1973, the Pakistani Constitution restricted the freedom of religion for the Ahmadiyya. Its followers were then punishable by a prison sentence if they claimed to be Muslims.

Former President General Ayub Khan’s era saw the promulgation of the Muslim Family Laws Ordinance 1961, which empowered women especially in areas of divorce and marriage. The new laws discouraged polygyny and required a man to seek consent from his first wife if he wanted to remarry. However, Khan soon retracted those rights and caved to religious orthodoxy in order to extend his control over power. With pressure ramping up from extremists, Jamaat-i-Islami, an Islamist political movement, sought to abolish the country’s family planning program. Signs of deepening intolerance emerged when Khan and Fatima Jinnah, the sister of Pakistan’s founder popularly referred to as the “Mother of the Nation,” stood in conflict over claims that she had diverted from Pakistan’s ideology. The propaganda continued as Islamic hardliners debarred women from holding position as the head of the state, further injecting patriarchy into the political fabric. (The laws were amended in the years after, however, and the country became familiar with a female head of the state when Benazir Bhutto became prime minister in 1988.)

Fast forward to the Soviet-Afghan face-off. Islamabad proved to be Washington’s ally. Pakistan’s Inter-Services Intelligence (ISI) helped train troops to resist the Soviets. Fanatics, in the process, engineered the glorification of jihad to prepare thousands of mujahideen who participated against the Soviet.

Come 9/11, Washington and Islamabad joined hands, again. This led to a gradual influx of militants across the porous Afghanistan-Pakistan border and, in turn, may have fueled extremism. Nearly 20 years later, while matters between the United States and the Taliban may be settling, hardline splinter groups continue to impose Islamic morality in Pakistan. Jamia Hafsa, an Islamic university for women located next to the Lal Masjid headquarters, stays concerted in its efforts to keep the spirit of radical Islam alive, making young burka-clad girls and women party to the cause.
As vigilante groups openly defied the state, the Pakistani government in 2014 launched several military offensives to eliminate proscribed outfits including Tehreek-i-Taliban Pakistan (TTP), a group that claimed to be an off-shoot of the Afghan Taliban, and Jaish-e-Muhammad, a banned outfit then known as pioneer of suicide bombings in the region.

Ethnic and religious polarization has resulted in religious terrorism, sectarian clashes between Shia and Sunni Muslims and attacks on minorities’ places of worship. Nonetheless, the March 8 ruckus appears to be a watershed moment as it challenged the male-dominant political elite and the entrenched religious ideology. Despite the threats lurking, Pakistani women dared to protest. Those who stand in opposition are religious fanatics but also surprisingly come from educated segments of society and include both men and women. The battle for women’s rights will not be won without defeating the hardline religious mindset, too.

Kaukab Tahir Shairani is an Erasmus Mundus Journalism scholar and a multimedia journalist from Pakistan. Follow her on Twitter: @_shairani 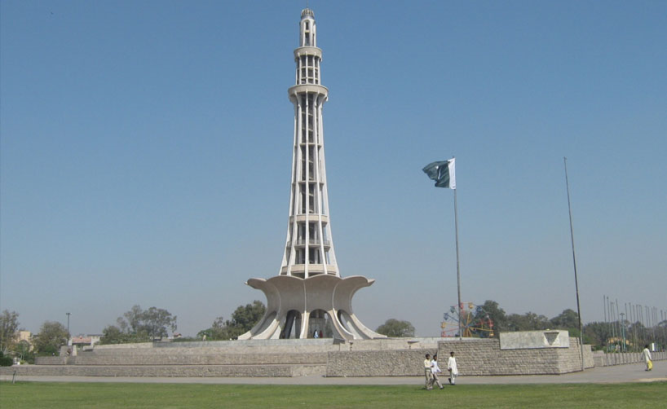