Right-wing extremists killed 330 in the US in last decade, figures show 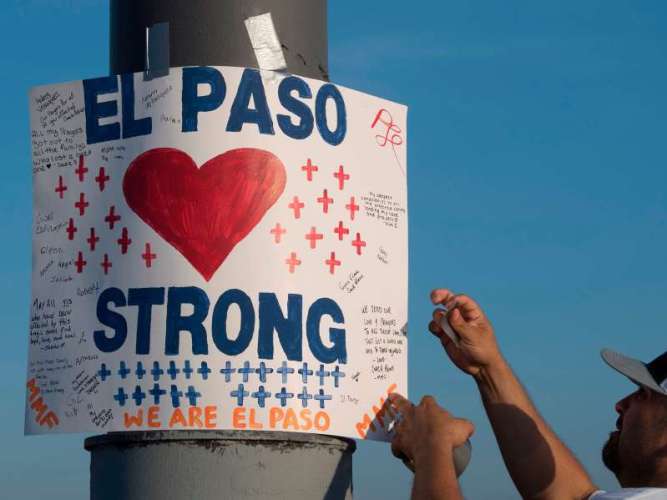 ADL ranked 2019 as the sixth-deadliest year on record for extremist-related violence since 1970.

A total of 17 separate incidents were counted last year. The deadliest, by far, was the August white supremacist shooting spree at a Walmart in El Paso, Texas, which left 22 people dead and at least 24 more wounded.

That attack was the third deadliest act of violence by a domestic extremist in more than 50 years. Only the 1995 Oklahoma City bombing, which killed 168 people, and the 2016 Pulse nightclub shooting in Orlando, which killed 49 people, were deadlier.

“Over the last decade, right-wing extremists have been responsible for more than 75 per cent of extremist-related murders in this country,” said ADL CEO Jonathan A Greenblatt. “This should no longer come as a shock to anyone. Lawmakers, law enforcement and the public need to recognise the grave and dangerous threat posed by violent white supremacy. We cannot begin to defeat this deadly form of hatred if we fail to even recognise it.”

The past five years (2015-2019) include four of the deadliest years on record for extremist murders. Last year, the number of extremist-related fatalities in the US declined slightly from the previous year, dropping from 53 fatalities in 2018 to 43 in 2019. However, last year’s total was still higher than 2017, when 41 deaths were recorded.

For the eighth year in a row, firearms were the weapon of choice for domestic extremists. Guns were involved in 86 per cent of last year’s fatalities. In the past 10 years, 315 of the 435 people (72 per cent) killed in the US by extremists were shot to death. The increase in extremist-related shooting sprees in recent years is of particular concern.

2019 also represented the first year since 2012 that ADL recorded no domestic killings linked to domestic Islamist extremism. However, the US did experience what appears to be its first lethal foreign terror attack on American soil since 9/11 — when, in December, a Saudi Arabian aviation student thought to be motivated by Islamist extremism killed three people at Naval Air Station Pensacola in Florida.