The overwhelming opposition of the leading Muslim clerics to Ḥaḍrat Mirzā Ghulām Aḥmad in itself bears evidence of his truth. A number of great Islāmic
scholars stated, centuries before his advent, that the Imām Mahdī and the Promised Messiah would find, among his own coreligionists, less friends than the
foes. Ḥaḍrat Sayyid Aḥmad Sirhindī, the reformer of the second millennium, said:

“It is most likely that the superficial Divines would reject him and regard him as opposed to the Holy Qur’ān and the practice of the Holy Prophet.” (Maktūbāt, Vol. 2, p. 55)
Ḥaḍrat Ibn ‘Arabī said:

“When the Imām Mahdī appears, no one will oppose him more than the pseudo jurists and Mullās, for they would be afraid of losing their own position and hold over the masses.” (Futūḥat Makkiyyah)

Nawwāb Ṣiddīque Ḥasan Khān, one time leader of the Ahl Ḥadīth in India, said:“When the Mahdī (may peace be upon him) starts his campaign for the revival of the practice of our beloved Prophet (may peace and blessings of Allāh be upon him), the contemporary divines who are committed to following the jurists and also devoted to their leading men of the past and their ancestors, will allege that he seeks to ruin our faith and the Muslim Community. They will rise up in opposition to him and will declare him a disbeliever.” (Ḥujajul-Karāmah) Alislam.org 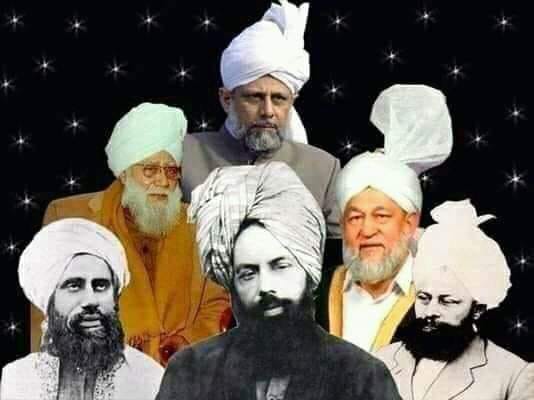 The Imam Mahdi with his five Khalifas …