Ahmadiyyas were at the forefront of creation of Pakistan, an Ahmadiyya Unit fought against India in Kashmir in 1947-48

While the persecution of the community is tragic, it is indeed an internal problem of the Islamic community. With respect to the Ahmadiyya community in Pakistan, a fact that is lesser known is that the community was at the forefront of the creation of Pakistan. 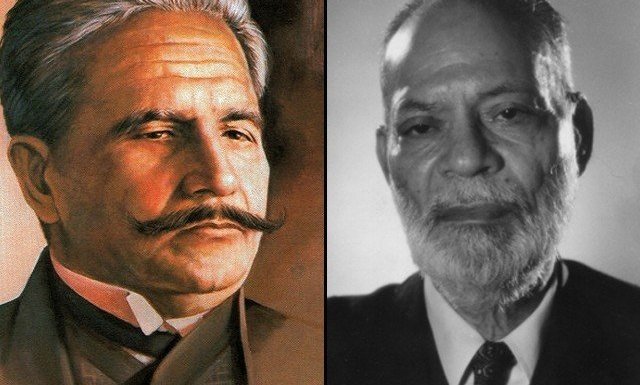 The Citizenship Amendment Bill was tabled in the Parliament today amidst much ruckus and chaos by the Opposition and one community smack in the middle of the debate was the Ahmadiyya community. Ahmadiyya Community is a sect of Islam that is often persecuted in Islamic countries because Islamic nations believe that the community is not “Muslim enough”.

While the persecution of the community is tragic, it is indeed an internal problem of the Islamic community. With respect to the Ahmadiyya community in Pakistan, a fact that is lesser known is that the community was at the forefront of the creation of Pakistan.

One of the foremost advocates for Pakistan was Muhammad Zafrulla Khan who was an Ahmadiyya. The Lahore Resolution of 1940 was authored by Khan himself. Commenting on his role, one commentator wrote, “[T]here needs to be a realisation that Jinnah was the ‘lawyer’ for the case of Pakistan. He argued for it and won. However, Jinnah was never the visionary or a revolutionary strategic thinker to guide the course of the nation. If anybody at all in Muslim League was a strategic thinker, it was Sir Zafarullah Khan, who was also the author of the Lahore Resolution, which for the first time chalked out the idea of Pakistan. Khan, however, belonged to the then Islamic sect of Ahmadis and thus his role over the years was kept a secret, until recently when documents and letters written by Lord Linlithgow revealed the centrality of his role. Hence, there should be a little less stress on ‘Jinnah’s Pakistan’, because honestly, there is none; and scratching out Jinnah’s vision forcefully has only served to confuse the people and obfuscate the roadway to progress”.

According to the book, ‘Facts are Facts’ by Khan Abdul Wali Khan, Viceroy Lord Lithinglow sought Zafarullah Khan’s help who then studied the matter and brought a draft proposal for the partition of the country. The Viceroy wrote, “Upon my instruction, Zafarullah wrote a memorandum on the subject. Two Dominion States. I have already sent it to your attention. I have also asked him for further clarification, which, he says, is forthcoming. He is anxious, however, that no one should find out that he has prepared this plan. He has, however, given me the right to do with it what I like, including sending a copy to you. Copies have been passed on to Jinnah, and, I think, to Sir Akbar Hydari. While he, Zafarullah, cannot admit its authorship, his document has been prepared for adoption by the Muslim League, with a view to giving it the fullest publicity.”

Zafarullah Khan went on to become the first foreign minister of Pakistan. He also represented Pakistan at the United Nations on the Kashmir issue. Ultimately, he was forced to resign after the monster he had helped create devoured on his own people. He is even regarded by some as one of the founding fathers of Pakistan.

Mirza Mahmood also directed the creation of the Furqan Force, a uniformed fighting force of volunteers comprised entirely of people from the Ahmadiyya sect. The unit fought for Pakistan against India during the first war for Kashmir in 1947-48. Even the expenses for it were paid by the sect itself. He also founded the All India Kashmir Committee in 1931 and the Ahmadiyyas influenced the Kashmiri Muslim identity greatly in the 20th century.

Not merely that, even Muhammad Iqbal, who is referred to as the ‘spiritual father’ of the Pakistani state, was an Ahmadiyya for the most part of his life. He staunchly advocated for the creation of an independent Islamic state and had full faith in the Ummah. It was only during his later years that he quit the sect. It is widely known that he remained in touch with the Ahmadiyya leadership till 1931, when he vouched for the Ahmadi Khalifa as the most able person to lead as the first president of the newly founded all-India Kashmir Committee. His parents and elder brothers remained Ahmadiyyas.
source: