A synagogue in Hancock, Michigan and one in Racine, Wisconsin were defaced. Photograph: Alamy Stock Photo
Federal authorities allege that a member of a far right network orchestrated the vandalism of synagogues in Michigan and Wisconsin last September.

Richard Tobin, 18, of Brooklawn, New Jersey, allegedly led other members of the group to paint the synagogues with neo-Nazi slogans and insignia as part of what he called “Operation Kristallnacht”, in reference to the Nazi pogrom in Germany in 1938.

In a criminal complaint filed in Camden, New Jersey, last Tuesday, and unsealed Wednesday, an FBI agent stated that Tobin, from his home in New Jersey, directed members of the group’s “Great Lakes Cell”, hundreds of miles away, to deface synagogues with fascist and antisemitic propaganda.

A synagogue in Hancock, Michigan, was daubed with swastikas and SS symbols on 21 September. The next day, a synagogue in Racine, Wisconsin was defaced with an antisemitic slogan and the runic insignia associated with a network known as The Base, which reproduces symbolism “adopted by Nazis after 1923 to memorialize members who died in Hitler’s failed Beer Hall Putsch”, according to the complaint.

The complaint further alleges that through “online platforms and encrypted online messaging applications and chat rooms”, the group had discussed “the recruitment of prospective members, the creation of a white ethno-state, acts of violence against minorities (including African-Americans and Jewish-Americans) … military training camps, and ways to make improvised explosive devices (‘IED’)”. 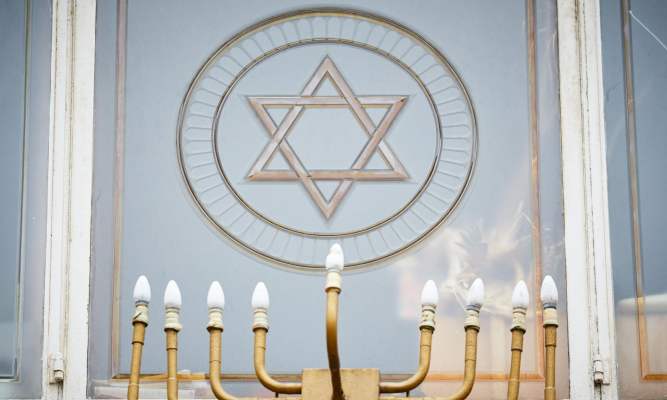