Sineenat Wongvajirapakdi, 34, was accused of breaching code of conduct for courtiers 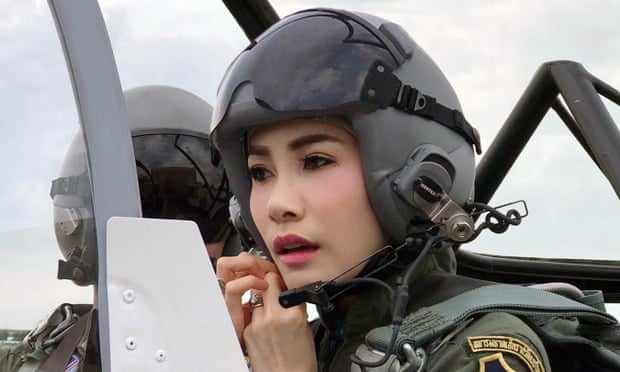 King Maha Vajiralongkorn of Thailand has stripped his 34-year-old consort of all titles for “disloyalty” and apparent “ambition” to match the queen’s position, a royal command said, less than three months after Sineenat Wongvajirapakdi was bestowed with the honour.

Wongvajirapakdi – known by her nickname Koi – was gifted the title on the king’s 67th birthday on 28 July, the first time in nearly a century a Thai monarch had taken a consort. 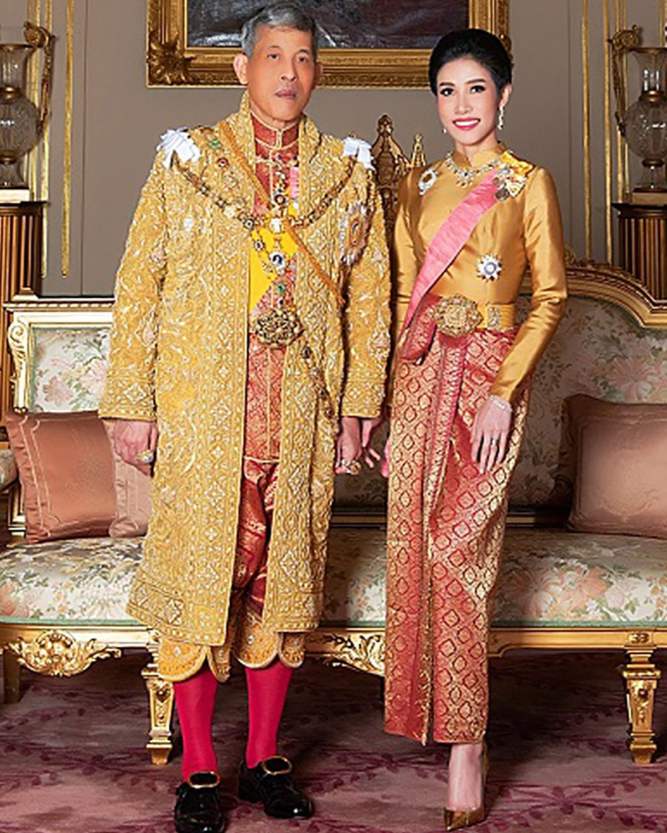 A few days later the palace released images of Sineenat in combat fatigues shooting weapons, flying a jet and preparing to parachute from an aircraft, as well as holding the king’s hand. It was an intimate and rare glimpse into the private life of Thailand’s powerful, ultra-wealthy and inscrutable monarch.

On Monday Sineenat’s swift and public downfall was relayed on national television.

She was dismissed from the rank of “Chao Khun Phra” – or noble consort – for “disloyalty to the king” according to the command, as well as “acting against the appointment of Queen [Suthida] … for her own ambitions”.

Suthida was made queen in May, becoming Vajiralongkorn’s fourth wife.

The Thai monarchy is protected by a harsh defamation law, making open discussion on the institution for the public and media based inside the country all but impossible.

The king has dramatically bolstered his authority since his 2016 ascension to the throne, pulling the immense wealth of the crown under his direct control and restructuring key army units to his command.

Sineenat, a qualified pilot and former army nurse, was the first woman to receive the consort title in nearly a century.
Her actions show “she does not give any honour to the king and does not understand royal tradition … her actions are to benefit herself”, the statement said, adding she was attempting to elevate her position to the same as Queen Suthida.

It added that her behaviour is “deemed disrespectful to His Majesty’s grace … and caused divisions among courtiers and misunderstanding among the people”. She was stripped of all military ranks, decorations and royal titles, it said.

Sineenat, born in the northern province of Nan on 26 January 1985, graduated from the Royal Thai Army Nursing College at the age of 23.

She has also trained as a pilot in Thailand and abroad and served in the king’s royal bodyguard unit. In May she was awarded the rank of a major-general.

During the elaborate three-day coronation ceremony of the king in May, Sineenat marched in full military uniform in a procession that travelled from the palace to several Buddhist temples.

Her prominence stunned the Thai public, who often glean clues of the royal family’s secretive ongoings through imagery and symbolism relayed by the palace.

Her dramatic fall from grace is likely to be as carefully dissected over coming days.

“The abrupt move by the king tells us that he wishes to be seen as a very in-charge monarch who will not put up with possible divisions in the royal institution,” said Paul Chambers, an analyst at Naresuan University.

Buttressed by the conservative arch-royalist military, which has carried out a dozen coups since the 1932 establishment of a constitutional monarchy, frank discussion of palace affairs is rare among the Thai public.

Vajiralongkorn came to power in 2016 after the death of his father, Bhumibol Adulyadej, a man widely revered by Thais and considered a figure of moral authority.

The new king – a cycling and aviation enthusiast – is a more remote figure to the public, having spent much of his time abroad, particularly in Germany. His three-day coronation gave many Thais their first full glimpse of the new monarch, as he was carried on a palanquin in full regalia around Bangkok’s historic quarter.