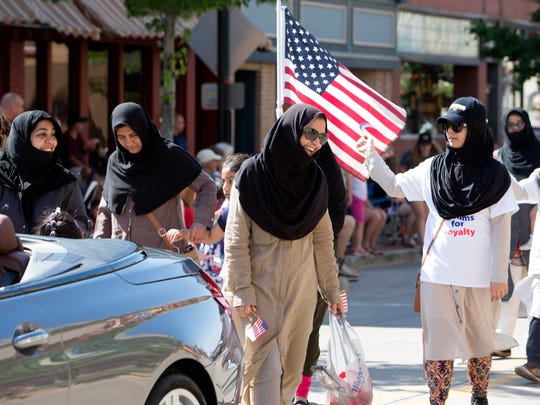 EDITOR’S NOTE: In light of recent racist, homophobic, Islamophobic, anti-Semitic and other hateful messages going viral on social media, the Oshkosh Northwestern solicited essays from individuals of varying diverse backgrounds on how to battle bigotry and intolerance in the Oshkosh community.

“Hate Cannot Drive Out Hate, Only Love Can Do That.” The words of Martin Luther King Jr. ring true today as they ever did.

They find their corollary in the Ahmadiyya Muslim Community’s principle: “Love for All, Hatred for None,” which has its basis in the teachings of the Quran and example of the Prophet Muhammad (peace and blessings be upon him).

The hate speech on the University of Wisconsin-Oshkosh campus is alarming. From it, however, comes the opportunity to educate. Since hate speech has its roots in ignorance, it must first be tackled through education, which includes religious and historical literacy. At the grassroots level, it involves more authentic one-on-one interactions with each other. Sincere concern and mutual understanding is the solid foundation upon which we can build love for all and hatred for none.

Recent violence in New Zealand, Sri Lanka and San Diego are very real consequences of what happens when hateful ideology is emboldened into action. Islamophobia is real, as is anti-semitism, racism, LGBT discrimination or any other prejudice or fear of the “other.”

For Muslims, tropes found on online blogs, news sites and entertainment outlets echo the stereotypes and mistrust that have been translated into the language of modern bigotry and expressed in such ideas as Muslims or their teachings are: inherently violent, intolerant to other religions and people, expansionist political ideologies, not a “true” religion, look to impose a foreign “shariah” law and are simply incompatible with “our” way of life.

The Ahmadiyya Muslim Community has responded by saying we are here, we are part of this community and we want to work together to make it better however we can.

When data came out that only one in two Americans personally knows a Muslim, we stood on the sidewalks with signs that read “Meet a Muslim: Ask Me Anything.” We invited people to the mosque to share a cup of coffee and conversation with the weekly initiative “Coffee, Cake and True Islam.”

We held “Muhammad: Messenger of Peace” forums at the UW-Oshkosh campus to fight the perverse narrative that terrorists like ISIS try to use to justify their criminal actions in contravention to the teachings of Islam. On a national level, we addressed Capital Hill with the #True Islam campaign.

Sofia Qureshi is a member of the Ahmadiyya Muslim Community in Oshkosh.