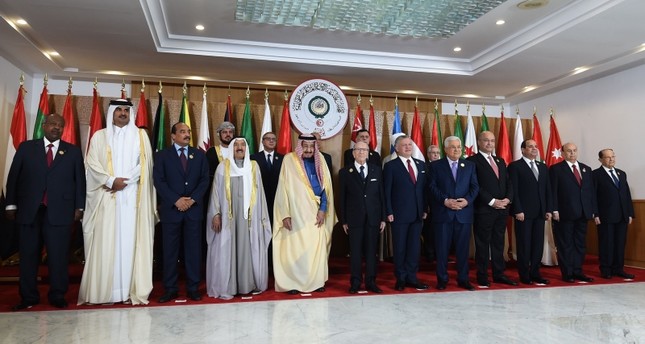 Qatar’s Emir Sheikh Tamim bin Hamad al-Thani on Sunday left a summit of Arab leaders in Tunis that had gathered the rulers of Saudi Arabia and Qatar for the first time since Riyadh and its allies imposed a boycott on Doha.

A Tunisian official, speaking on condition of anonymity, said the Qatari leader had walked out during the speech of League Secretary General Ahmed Aboul Gheit, and “has left Tunisia”.

Qatar’s state news agency QNA said Sheikh Tamim had departed Tunisia after attending the opening session of the Arab League summit but did not give a reason why he left the meeting.

Only 13 Arab leaders are attending the one-day summit.

Other attending leaders include Sheikh Sabah Al-Ahmad of Kuwait and King Abdullah II of Jordan as well as the leaders of Iraq, Lebanon, Palestine, Yemen, Mauritania and Djibouti.

Libya is also represented by the head of the country’s presidential council Fayez al-Sarraj.

War-torn Syria is not represented by any official at the summit as the country’s Arab League membership has been frozen since 2011.

The summit’s agenda is expected to tackle recent Israeli escalations against the Hamas-run Gaza Strip; ongoing crises in Libya, Yemen and Sudan; alleged Iranian interference in Arab affairs; and the fight against terrorism.