Pakistanis ‘on one page’ in seeking friendship with India – PM Khan

ISLAMABAD (Reuters) – Pakistan Prime Minister Imran Khan said on Wednesday his government and the military want to mend ties with arch-foe India, in the latest bid to improve relations between the nuclear-armed neighbours.

“I, the prime minister, my political party, the rest of our political parties, our army, all our institutions are all on one page. We want to move forward,” Khan said in a speech to open a new border crossing with India in Punjab province.

“If India takes one step forward then we will take two steps forward towards friendship,” he said.

Pakistan’s chief of army staff, General Qamar Javed Bajwa, was among the dignitaries at the inauguration ceremony.

The new crossing point, which will officially open next year, is about 120 km north of the Pakistani city of Lahore and will be used by Sikh pilgrims coming from India on a visa-free basis to visit holy sites in Pakistan.

The agreement is a rare instance of cooperation between the South Asian rivals which have fought three wars since independence from Britain in 1947.

Appealing for a thaw in ties, Khan called for improvements in trade and other cross-border interaction and urged ending poverty through cooperation.

Muslim Pakistan and mostly Hindu India have a range of disputes but their main bone of contention is the Muslim-majority Himalayan region of Kashmir, which they both claim in full but rule in part.

Pakistan denies that saying it only offers political support to the Kashmiri people’s campaign against what they see as unjust treatment by New Delhi.

Violence in Kashmir routinely triggers tension between the two countries. 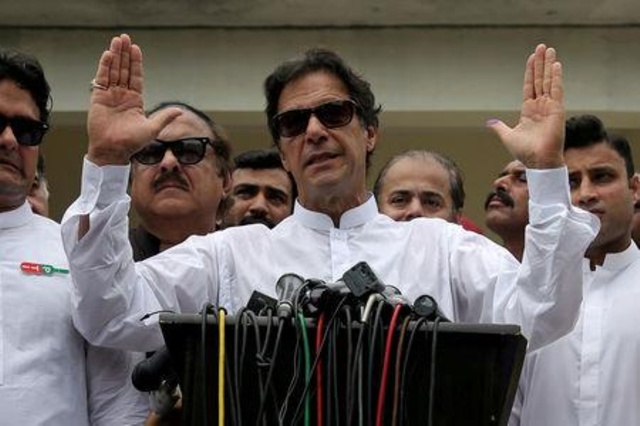