Families of US soldiers killed in Jordan sue gov’t 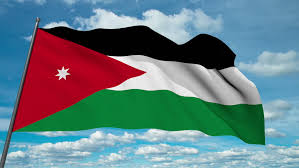 AMMAN — The families of the three US army officers who were fatally shot by Jordanian soldier Maarek Tawayha back in 2016 have sued Jordan over “false accusations” that the American servicemen provoked the killings, the News York Times reported on Friday.

In a report titled, “Families Sue Jordan Over 2016 Deaths of 3 US Green Berets”, The New York Times said that the lawsuit the families filed in the Federal District Court in Washington seeks unspecified monetary damages from the Jordanian government.

Despite several attempts by The Jordan Times, the government spokesperson, Jumana Ghunaimat, was not available for a comment.

The military court previously handed down a life sentence to Sergeant Maarek Sami Tawayha, for the killing of three US officers just outside the King Faisal Airbase in Jafer, 300km south of Amman, in November 2016.

The three US servicemen were from the 5th Special Forces Group (Airborne), located at Fort Campbell, Kentucky.

“For life to work, we have to be willing to hold the powerful accountable,” James Moriarty, the father of Sgt. Moriarty, was quoted in the newspaper as saying during a news conference on Friday.

“The Jordanian government had made false leaks to the news media asserting that the Green Berets had been drinking before they returned to the base, and had accidentally fired one of their pistols at the gate,” Moriarty and the fathers of Sgts. Lewellen and McEnroe said on Friday, according to the NY-based newspaper.

The New York Times cited a statement by the Jordanian Embassy in Washington as saying that “Jordan successfully prosecuted the perpetrator, and he is now serving a life sentence.”

The Jordan Armed Forces-Arab Army issued a statement in July 2017 with the details of the case, while a video of the incident was posted by a news website affiliated with the military.

The developments came as the convict’s tribe, the Huwaitat, continued to call for the release of their relative, reportedly claiming he was innocent and that the verdict was politically driven.

The statement, issued simultaneously with the video that was posted by Hala FM Radio’s website, said that Tawayha was not in a self-defence position, had not received orders to use force under that situation and was not threatened by any party.

The video showed the vehicles used by the US soldiers stop at the entrance of the base for identity checks and the guard open the gate for them to enter, before the shooting began.

Later, Tawayha, appeared in the scene, shooting at the soldiers with an M16 rifle and kept firing at them although they tried to show that they were friendly by raising their hands in the air. A fourth US soldier was able to bring the attacker under control without shooting at him after the latter fell down.

Tagged as: US army, US special forces