Asia Bibi: Lawyer flees Pakistan in fear of his life

Protesters have been demanding Asia Bibi’s death penalty be reinstated

The lawyer representing a Christian woman acquitted of blasphemy after eight years on death row has fled Pakistan in fear for his life.
Saif Mulook told news agency AFP he had to leave so he could continue to represent Asia Bibi, whose conviction was overturned by judges on Wednesday.

Officials have since agreed to bar Ms Bibi from leaving Pakistan in order to end violent protests over the ruling.
Campaigners blasted the deal as akin to signing her “death warrant”.

Asia Bibi was convicted in 2010 of insulting the Prophet Muhammad during a row with neighbours, and many are calling for the reinstatement of the death penalty following her acquittal.

Mr Mulook told the BBC earlier this week she would need to move to a Western country for her own safety. A number of attempts have previously been made on her life.

Several countries have offered her asylum.

Pakistani Information Minister Fawad Chaudhry defended the government against allegations that a deal reached with an Islamist party was capitulating to extremists.

He said the government would “take all steps necessary” to ensure Asia Bibi’s safety.

“They cannot even implement an order of the country’s highest court,” he told AFP before he boarded the plane to Europe.
Mr Mulook said he had decided to leave as it was “not possible” to continue living in Pakistan, adding: “I need to stay alive as I still have to fight the legal battle for Asia Bibi.” 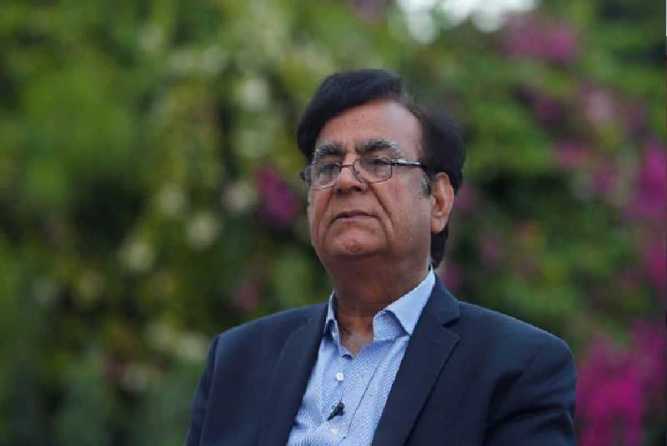