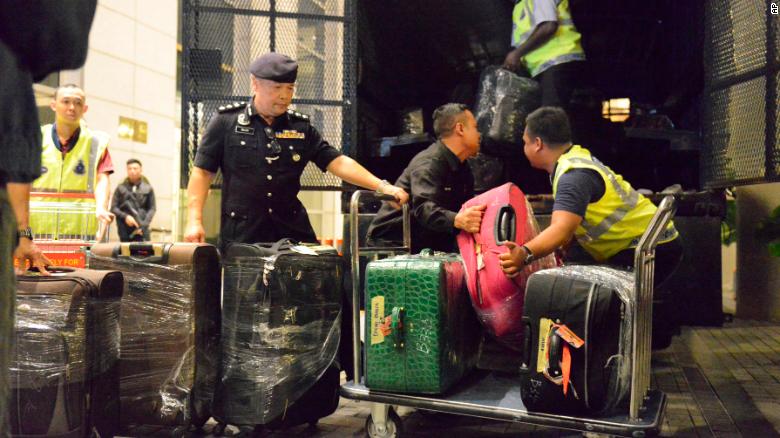 State news agency Bernama reported Friday that 72 bags of jewelry, cash in a variety of currencies, almost 300 boxes of designer handbags, and other luxury goods were seized in a raid Wednesday night in the downtown Kuala Lumpur development Jalan Raja Chula.
The value of the seized goods, which included Hermes and Louis Vuitton bags, is yet to be ascertained due to the scale of the confiscation, Bernama reported.
Najib, whose government was plagued with scandal, was soundly defeated in last week’s parliamentary election by a coalition led by veteran politician Mahathir Mohamad, who came out of retirement to challenge Najib. 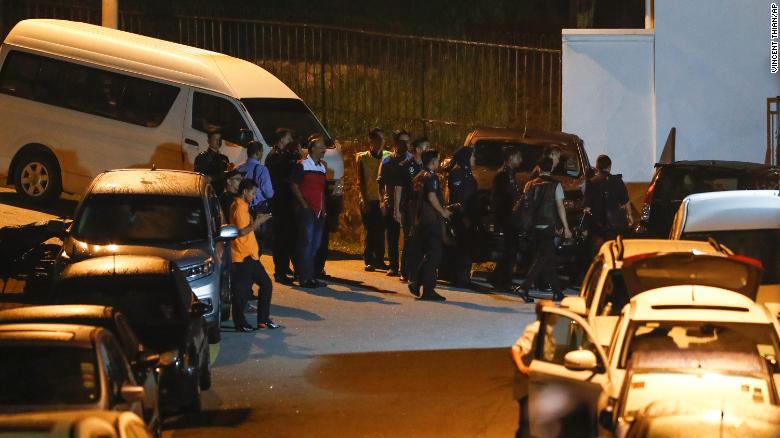 Police gather at the residence of the former Prime Minister on Wednesday.
Najib was deeply unpopular and facing allegations of corruption and misappropriation of money from a state fund, the Malaysia Development Berhad (1MDB). His coalition party, Barisan Nasional, led the country since its independence 61 years ago. Mahathir had pledged to hold Najib accountable.
At a press conference on Thursday, Mahathir had said the police had enough reason to raid Najib’s house. 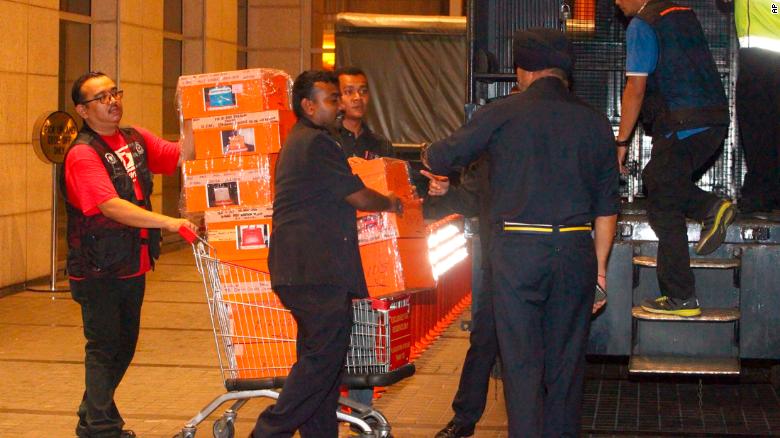 Police prepare to load confiscated items into a truck on Friday.
“We have instructed investigation into all crime cases, no matter who is involved. If there is a case against them, we will take action,” he said.
Six properties were searched in total in relation to reopened probe into the 1MDB scandal, the state investment vehicle from which Najib is accused of siphoning off billions of dollars. Najib has denied any wrongdoing.
more:   https://edition.cnn.com/2018/05/17/asia/malaysia-najib-razak-luxury-raid-intl/index.html