The Golden Rule in Islam 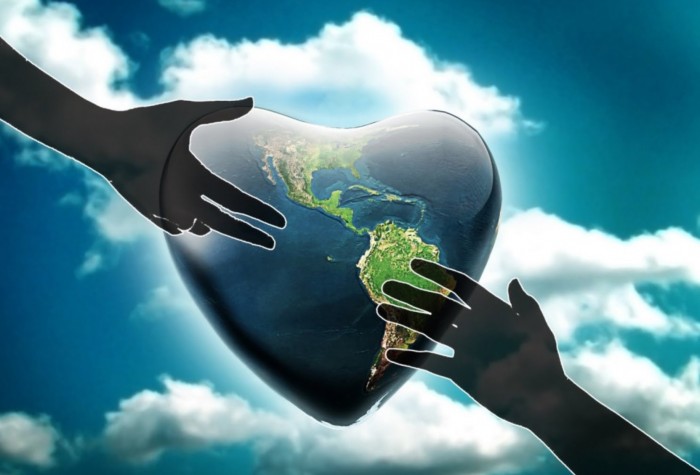 The Golden Rule or ethic of reciprocity is a maxim,[1] ethical code or morality[2] that essentially states either of the following:

This concept describes a “reciprocal”, or “two-way”, relationship between one’s self and others that involves both sides equally, and in a mutual fashion.[3][4]

This concept can be explained from the perspective of psychology, philosophy, sociology and religion. Psychologically, it involves a person empathizing with others. Philosophically, it involves a person perceiving their neighbor as also “an I” or “self.”[3][4] Sociologically, this principle is applicable between individuals, between groups, and also between individuals and groups. (For example, a person living by this rule treats all people with consideration, not just members of his or her in-group). Religion is an integral part of the history of this concept.[1][5]

As a concept, the Golden Rule has a history that long predates the term “Golden Rule”, or “Golden law”, as it was called from the 1670s.[1][6] As a concept of “the ethic of reciprocity,” it has its roots in a wide range of world cultures, and is a standard way that different cultures use to resolve conflicts.[1][5] It has a long history, and a great number of prominent religious figures and philosophers have restated its reciprocal, “two-way” nature in various ways (not limited to the above forms).[1]

The Golden Rule is implicitly expressed in some verses of the Qur’an, but is explicitly declared in the sayings of Muhammad. A common transliteration is:Amal ma’a naas kamaa ta hub an nafsik’.

“…and you should forgive And overlook: Do you not like God to forgive you? And Allah is The Merciful Forgiving.”

“…orphans and the needy, give them something and speak kindly to them. And those who are concerned about the welfare of their own children after their death, should have fear of God [Treat other people’s Orphans justly] and guide them properly.”

“O you who believe! Spend [benevolently] of the good things that you have earned… and do not even think of spending [in alms] worthless things that you yourselves would be reluctant to accept.”

“They assign daughters to Allah, Who is above having a child [whether male or female] and to themselves they assign what they desire [which is a male child]; And when the news of the birth of a female child is brought to one of them His face darkens and he hides his inward Grief and anger… They attribute to Allah what they dislike [For themselves] and their tongues assert the lie that the best reward will be theirs! Undoubtedly, the Hell fire shall be their lot and they will be foremost [in entering it].”

From the hadith, the collected oral and written accounts of Muhammad and his teachings during his lifetime:

A Bedouin came to the prophet, grabbed the stirrup of his camel and said: O the messenger of God! Teach me something to go to heaven with it. Prophet said: “As you would have people do to you, do to them; and what you dislike to be done to you, don’t do to them. Now let the stirrup go! [This maxim is enough for you; go and act in accordance with it!]”

“Seek for mankind that of which you are desirous for yourself, that you may be a believer.”

“That which you want for yourself, seek for mankind.”[63]

Other hadiths calling for the golden rule are:

Anas related that the prophet (peace be upon him) said: “None of you is truly a Muslim until he loves for his brother what he loves for himself”. (Reported in Sahih Muslim and Sahih Bukhari).

Whoever wishes to be delivered from the fire and to enter paradise should treat other people as they wish to be treated themselves. (reported by Sahih Muslim).

Do unto all men as you would wish to have done unto you; and reject for others what you would reject for yourself. (Reported by Abu Dawud).