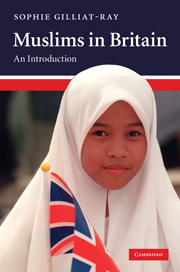 I want this title to be available as an eBook

Tagged as: Muslims in Britain