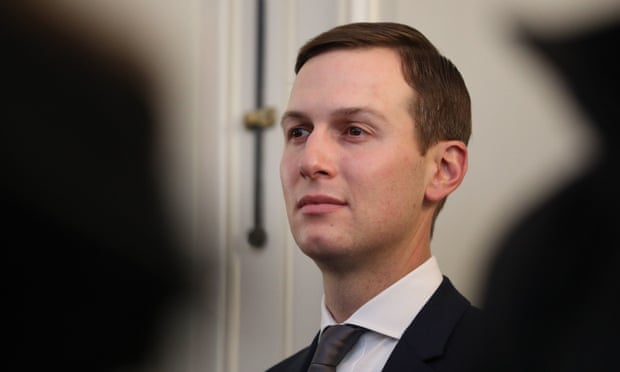 Jared Kushner listens as Donald Trump meets the Nato secretary general, Jens Stoltenberg, at the residence of the US ambassador to the UK, in London on 3 December 2019. Photograph: Jonathan Brady/PA

Jared Kushner will travel in the coming days to Saudi Arabia and Qatar in a last-ditch effort to resolve the dispute between the Gulf countries.

Why it matters: Fixing the rift between Saudi Arabia and Qatar would bring a sense of stability back to the Gulf and notch a last-minute achievement for Kushner and the Trump administration before Jan. 20.

Background: In June 2017, Saudi Arabia, the UAE, Bahrain and other Sunni states severed ties with Qatar and closed their airspace and sea routes to Qatari planes and vessels. They claimed their decision was based on Qatar’s support for terror groups and relations with Iran.

The U.S. maintains close ties with both Qatar and its rivals, but the Trump administration’s several attempts to reconcile the parties were unsuccessful.
What to watch: Kushner will meet Saudi Crown Prince Mohammed bin Salman (MBS) and Qatari Emir Tamim Bin Hamad al-Thani, U.S. officials tell me. Kushner has close relationships with both leaders.

Driving the news: Kushner’s trip comes a week after a secret meeting between MBS and Israeli Prime Minister Benjamin Netanyahu.

Kushner’s relations with MBS proved crucial over the last few months as the Trump administration moved forward with the Abraham Accords, which led to normalization between Israel and the UAE, Bahrain and Sudan.

The Saudis have not agreed to normalization, but they did agree to let Israeli airlines use Saudi airspace for the first time, and they gave Bahrain a green light for normalization with Israel. The decision by MBS to meet with Netanyahu was another significant step.

What’s next: Kushner hopes to convince the Saudi and Qatari leaders to reconcile and reach a deal on several outstanding issues, U.S. officials tell me.