India’s crazy-rich temples get wealthier by the day 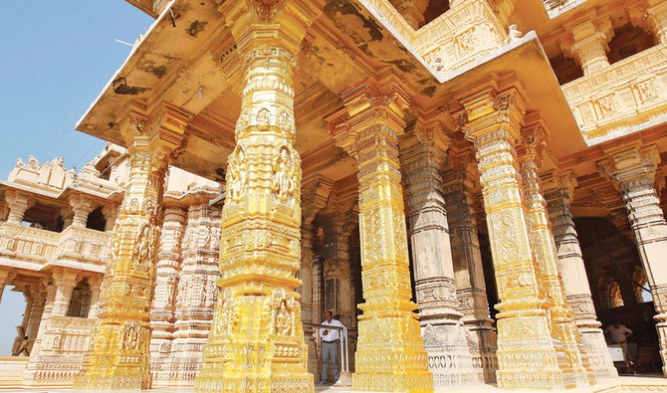 Suggested reading: How can Hindus think like a Muslim or a Jew, despite the mention of 330 million gods?

NEW DELHI: Vinod Tawde donates a kilogram of gold each time he visits the Tirupati Temple, located in the south Indian state of Andhra Pradesh, every year.

“This has been a tradition in my family to visit the Tirupati Temple at least once every year. Sometimes I visit twice also if I get a good business deal. The offerings to the temple is a way of thanking God for blessing me,” the Mumbai-based builder told Arab News.

He is not alone. Under normal circumstances, the nearly 300-year-old Tirupati Temple would be frequented by 100,000 people every day, earning $120 million in gifts and donations annually, while its total worth is estimated to be $11 billion.

However, since a nationwide lockdown was imposed in March, it has impacted the footfall to all places of worship across the country.

India is home to some of the world’s wealthiest temples, with some earning more in donations every year than a successful business enterprise.

According to a 2015 assessment by the World Gold Council, India’s temples hold about 2,000 tons of gold, worth about $100 billion, while the country’s central bank placed the value at 557.7 tons of gold based on its 2013 estimate.

One among these is the Shirdi Temple, located in the western Indian state of Maharashtra. Less than 100 years old, it is very popular among devotees and holds wealth worth $100 million.

Next in line is the 200-year-old Siddhivinayak Temple in India’s financial capital of Mumbai, which is said to have assets worth $20 million.

However, none of these are a patch on the 1,000-year-old Sree Padmanabhaswamy Temple in the southern Indian city of Thiruvananthapuram, in Kerala, which historians believe is worth $20 billion, making it India’s and one of the world’s richest temples.

“No other temple in the world has claimed to have so many antiques as the Sree Padmanabhaswamy Temple claims to have. Only one vault of the temple has been opened; imagine its wealth when the other vaults are opened,” Lekshmy Rajeev, a Kerala-based poet and temple historian, told Arab News.

The temple came to national and international consciousness in 2011 when one of its vaults was opened, yielding sacks of gold coins, diamonds and antique jewelry.

The other vault has not been opened yet; the royal family believes doing so would bring bad luck. With the kind of wealth the temple has, one can build 10 Burj Khalifas, the world’s tallest building (2,717 feet), worth $1.5 billion.

Movie: Ramanujan: A Prophet of Mathematics Born in a Hindu Family