Jordan’s prime minister has said his country could view positively a “one-state democratic solution” to the Israel-Palestine dispute, as he warned that Benjamin Netanyahu’s plans to annex parts of the West Bank could unleash a new wave of extremism in the Middle East.

Omar Razzaz told the Guardian that the Israeli prime minister’s annexation policy would be “ushering in a new apartheid state” that could be a radicalising force and further destabilise the region.

“The way we see it, anything short of a viable two-state solution is going to push not just Jordan, not just Palestine, not just Israel, but the region and the world into chaos,” he said in an interview in Amman.

But in a sign of the ailing status of the decades-old two-state formulation, Razzaz said Jordan could view favourably the creation of a single Palestinian-Israeli state, provided it gave equal rights to both peoples.

Israeli leaders have traditionally eschewed any kind of one-state solution, fearing that the Palestinian population would eventually eclipse the Jewish one and threaten Israel’s religious identity. But the idea has grown in popularity among Palestinian activists as the prospect of establishing their own state has dimmed.

“You close the door to the two-state solution, I could very well look at this positively, if we’re clearly opening the door to a one-state democratic solution,” Razzaz said.

“I challenge anybody from Israel to say yes, let’s end the two-state solution, it’s not viable,” he said. “But let’s work together on a one-state democratic solution. That, I think, we will look at very favourably. But closing one and wishful thinking about the other is just self-deception.” 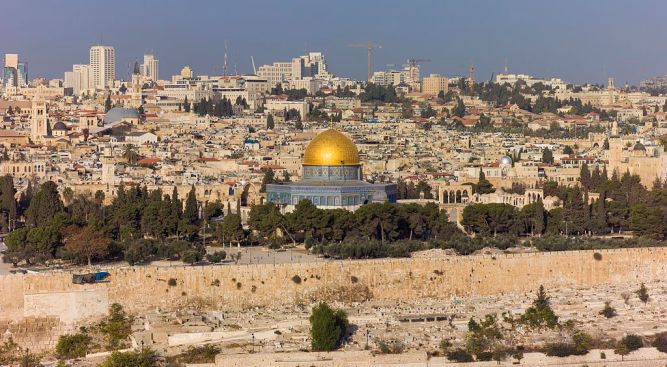