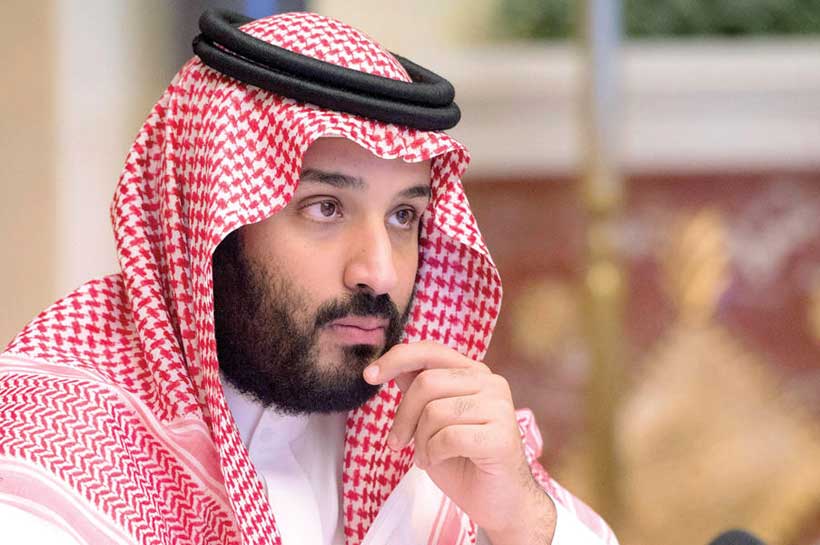 When Saudi Finance Minister Mohammed Al-Jadaan announced austerity measures in May, including an $8 billion USD cut back on spending on Vision 2030 — Crown Prince Mohammed bin Salman’s ambitious plan to restructure the Saudi economy — economists and pundits assumed that was the death knell for trophy projects like NEOM, a $500 billion USD plan for a futuristic mega smart city on the Red Sea.

Economists and pundits may want to think again.

Plagued by questions about the project’s strategic value at a time when the kingdom is struggling with the economic fallout of a pandemic, the impact of an oil price rout, and controversy over the killing of a tribal leader who resisted displacement, NEOM last week sought to counter the criticism by hiring a US public relations and lobbying firm.

NEOM’s $1.7 million USD contract with Ruder Finn – a PR company with offices in the US, Britain, and Asia – was concluded as the kingdom sought to salvage another trophy project, the acquisition of English Premier League soccer club Newcastle United, beset by accusations that the Saudi government had enabled TV broadcasting piracy in its rift with fellow Gulf state Qatar.

The controversy proved to be a lesson in the reputational risk involved in high-profile acquisitions. Piracy was not the only thing complicating the acquisition of Newcastle. So was Saudi Arabia’s human rights record as a result of mass arrests of activists and critics and the 2018 killing of journalist Jamal Khashoggi in the Saudi Consulate in Istanbul.

With the publication of a damning report by the World Trade Organization (WTO), Saudi Arabia moved quickly to counter the criticism by removing boxes of BeoutQ, an operation that pirated sports broadcasts legally contracted by BeIN, the sports franchise of state-owned Qatari television network Al Jazeera. BeoutQ broadcasts were carried by Saudi-based Arabsat.

BeoutQ was taking advantage of the banning of BeIN in the kingdom as part of the three-year-old Saudi-UAE diplomatic and economic boycott of fellow Gulf state Qatar. Saudi sports cafes began broadcasting BeIN for the first time immediately after release of the WTO report.

Like the Saudi response to the WTO, NEOM’s contract with Ruder Finn seems to be an effort to repair reputational damage.

Ruder Finn’s mandate appears designed to counter the fallout of the killing in April of Abdulrahim al-Huwaiti, whom the government labelled a terrorist, and to project NEOM as a socially responsible corporation bent on engagement with its local community.

Taking issue with the suggestion that NEOM was in damage limitation mode, Ali Shihabi, a political analyst, former banker, and member of NEOM’s advisory board who often reflects Saudi thinking, argued in a series of tweets that project NEOM was about much more than refuting negative media reporting.

“There is much more substance to NEOM than ‘flashy projects.’ NEOM will be heavily involved in serious projects like advanced desalination, innovative desert agriculture and more use of solar and wind energy, etc. that are very relevant to the country and the region’s urgent needs. These have been very well planned/researched and some are already being executed,” Mr. Shihabi wrote, admitting that the company behind the project had yet to detail its plans.

Mr. Shihabi’s claims were seconded by Ruder Finn in its filing to the US Department of Justice as a foreign agent.

“NEOM is a bold and audacious dream,” Ruder Finn said. “It’s an attempt to do something that’s never been done before and it comes at a time when the world needs fresh thinking and new solutions.”

Ruder Finn’s contract was announced after NEOM said that it was taking multiple steps to demonstrate that it was being “socially responsible and [would] deliver . . . impactful, sustainable and committed initiatives.”

In lieu of Mr. Shihabi’s anticipated detailing of NEOM’s grandiose plans, Ruder Finn’s filing to the Department of Justice as a foreign agent, as well as NEOM’s announcements, seemed less geared toward projecting the futuristic city’s economic and environmental contribution and more towards repairing damage caused by the dispute with local tribesmen and the killing of Mr. Al-Huwaiti.

Mr. Al-Huwaiti, a leader of protests against alleged forced evictions and vague promises of compensation, was reportedly killed in a gun fight with security forces.

Mr. Al-Huwaiti predicted that he would be either detained or killed in a video posted on YouTube hours before his death. In the video, he claimed that whatever happened to him would be designed to break the resistance of his Huwaitat tribe to their displacement.

He denounced Prince Mohammed’s leadership as “rule by children” and described the kingdom’s religious establishment that has endorsed the Crown Prince’s policies as “silent cowards.”

An estimated 20,000 people are expected to be moved out of an area that Prince Mohammed once said had “no one there.”

NEOM declared earlier this week that it would be offering English-language lessons at its recently established academy and that some 1,000 students would be trained in tourism, hospitality, and cybersecurity.

At the same time, the government said that eligible Saudis would be compensated for loss of land with plots along the coast as part of a program to improve standards of living.

Online news service Foreign Lobby Report reported that Ruder Finn would produce informational materials, including a monthly video to promote NEOM’s engagement with the local community as well as visual materials highlighting the company’s fulfillment of its social responsibility.

Ruder Finn’s efforts were likely to do little to convince the kingdom’s critics.

“Whether the NEOM project is even remotely viable, given the global financial collapse because of the coronavirus and rising Saudi debt amid historically low oil prices, is highly doubtful,” Ms. Whitson and Mr. AlAoudh said. “The only result we’ve seen from this vision for a futuristic city is the promised destruction of a historic community and the death of a Saudi protester, using archaic means with no room for modern notions of rights and justice.”

Author’s note: An initial version of this story was first published in Inside Arabia