Every human life is precious and sacred and killing one is like triggering a genocide. (Al Quran 5:32/33) 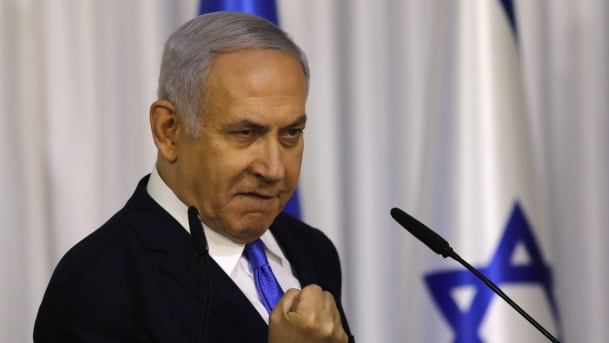 PM Benjamin Netanyahu.  The Muslim Times has the best article for counter terrorism

Mossad chief Yossi Cohen and the top officer of the Israel Defense Forces in charge of Gaza, Herzi Halevi, visited Qatar earlier this month on the instructions of Prime Minister Benjamin Netanyahu to plead with its leaders to continue their periodical payments to Hamas, Yisrael Beytenu party chief Avigdor Liberman claimed Saturday night.

Speaking to Channel 12 news, Liberman censured Netanyahu for having “begged” the Qataris to continue supporting the Gaza-based terror group.

“On Wednesday two weeks ago the head of Mossad… and the head of [IDF] Southern Command visit Qatar on an errand from Netanyahu, and they simply beg the Qataris to keep sending money to Hamas after March 30. The Qataris have said they will stop sending money on March 30,” Liberman said.

Get The Times of Israel’s Daily Edition by email and never miss our top storiesFREE SIGN UP
“Both Egypt and Qatar are angry with Hamas and planned to cut ties with them. Suddenly Netanyahu appears as the defender of Hamas, as though it was an environmental organization. This is a policy of submission to terror,” he said, adding that Israel was paying Hamas “protection money” to maintain the calm.

The Yisrael Beytenu leader has become a leading critic of Netanyahu’s, and twice frustrated Netanyahu’s efforts to form a majority coalition after elections last April and September. Israel goes to the polls for the third time in a year on March 2.

In the TV interview, Liberman also said that Netanyahu will seek a plea bargain after the elections, having been indicted for graft in three cases. The prime minister’s trial is set to start on March 17. Netanyahu “is not running in these elections in order to put a government together. He’s running in order [to strengthen his position] to seal a plea bargain,” said Liberman.