The Sword and the Shield: The Revolutionary Lives of Malcolm X and Martin Luther King Jr.

The Muslim Times has the best collection to refute racism.  In so doing we can also refute Islamophobia and promote universal brotherhood

By Peniel E. Joseph, who is the Barbara Jordan professor of political values and ethics at the LBJ School of Public Affairs and professor of history at the University of Texas at Austin. He has written several previous books on African American history

This dual biography of Malcolm X and Martin Luther King upends longstanding preconceptions to transform our understanding of the twentieth century’s most iconic African American leaders. 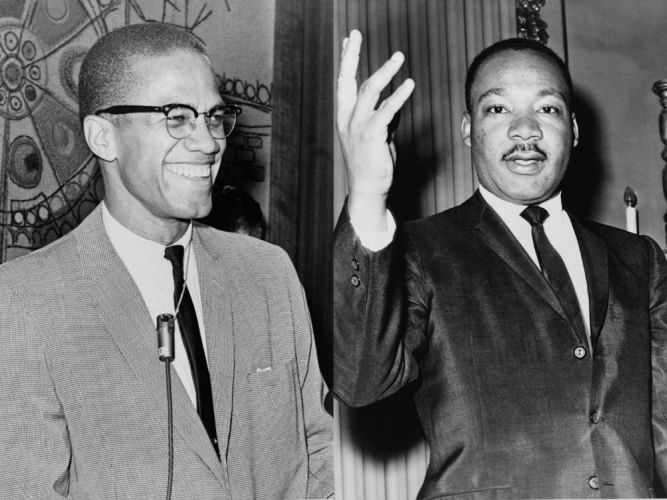 To most Americans, Malcolm X and Martin Luther King Jr. represent contrasting ideals: self-defense vs. nonviolence, black power vs. civil rights, the sword vs. the shield. The struggle for black freedom is wrought with the same contrasts. While nonviolent direct action is remembered as an unassailable part of American democracy, the movement’s militancy is either vilified or erased outright. In The Sword and the Shield, Peniel E. Joseph upends these misconceptions and reveals a nuanced portrait of two men who, despite markedly different backgrounds, inspired and pushed each other throughout their adult lives. This is a strikingly revisionist biography, not only of Malcolm and Martin, but also of the movement and era they came to define.