Washington (CNN)The attorney general for the nation’s capital. The president of a Catholic college. Teachers at a celebrated Catholic elementary school. A former White House appointee on religious freedom. Even a popular priest in his own archdiocese.

It’s not just how many people are asking Cardinal Donald Wuerl, one of the world’s most powerful Catholics, to leave office. It’s who. 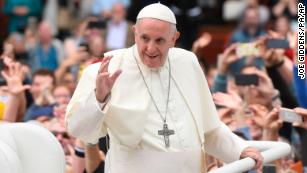 Wuerl, archbishop of Washington, has spent more than 50 years climbing the ranks of the Catholic Church, building a reputation as a loyal churchman and fastidious teacher.
He is also known as a political moderate and a key ally of Pope Francis who sits on the Vatican committee that appoints bishops around the world and is one of only 10 American cardinals who could choose the next Pope.
Read more