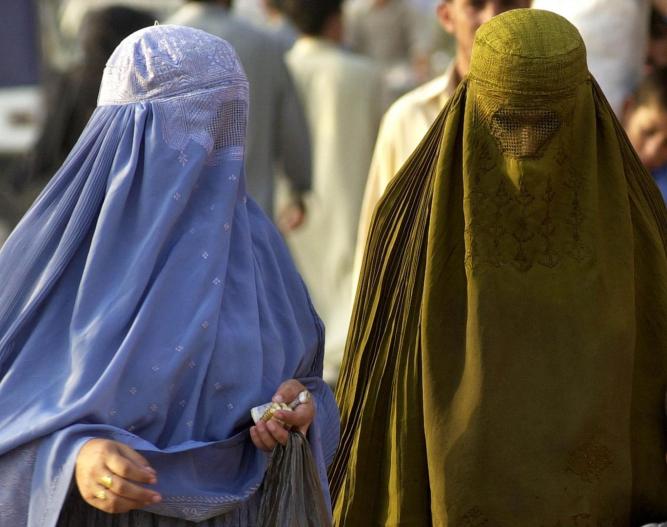 The British public want to ban Muslim women from wearing the Islamic veil or burqa by an overwhelming margin of more than two-to-one, a poll has found.

Research by YouGov found a huge proportion of the public had no qualms about telling women what to wear, with 57 per cent in favour of a ban and just 25 per cent against.

18-24 year olds were the only age group to oppose a ban; all others were in favour, with the oldest 65+ group backing the prohibition by a startling 78 per cent to 12. All major political parties also had a plurality of voters in favour of a ban.

Ukip leadership candidate Lisa Duffy has called for a ban on the Islamic veil; Nigel Farage issued a similar call on 2010 but the party has spoken little on the issue in recent years.

The polling comes amid controversy over the banning of “burkini” modest swimwear on beaches in a number of French municipalities. A video emerged last week of armed French police forcing a woman to undress after she was spotted wearing the clothing.

A separate question asked by YouGov found that 46 per cent of people wanted to ban the burkini, while just 30 per cent opposed such a measure. The French ban has been declared illegal by the country’s courts.

A number of European countries have legislated to ban or restrict things associated with the Islamic faith. In 2009 the Swiss public voted in a referendum to ban the construction of Islamic mosques with minarets.

France has also banned full face coverings in 2010, on security grounds, a ban that also includes the burqa. France also separately bans headscarves that do not cover a person’s face in public schools, on secularist ground. The French prime minister Manuel Valls says he wants the ban extended to universities.
Read more