Would losing your Maserati for speeding be akin to paying a million-dollar fine for jaywalking?

That may be a question five drivers in British Columbia will soon ask themselves. 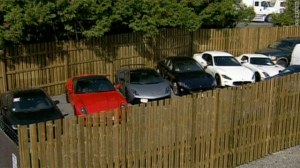 The five are among 13 owners of high-end sports cars who had their vehicles impounded last week after what Royal Canadian Mounted Police allege was a street race on a provincial highway in suburban Vancouver that reached speeds of 120 mph (200 kph). Police put the total value of the vehicles at $2 million.